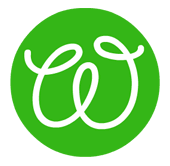 Whuffie Bank is a non-profit that want to build a virtual currency based on reputation that can be redeemed for goods and services.

This startup won the “Wildcard” slot at today’s TechCrunch50 conference in San Francisco. The term Whuffie is based on the currency in Cory Doctorow’s novel “Down and Out in the Magic Kingdom” where all goods are abundant and scarcity has ended.

On the company’s site, you log-in using Twitter and Facebook, and The Whuffie Bank then assigns you a ranking and a number of “Whuffies” based on your network. For example, the more retweets you get, the higher your reputation becomes or the more followers you have, the “richer” you become.

So what are Whuffies good for? Well. Like all currencies, they’re only worth something if other people recognize and have confidence them. If people did accept them, Whuffie Bank’s founders said they could be exchanged for tasks like writing blog posts.

If you tweet that you’ve given or paid someone “Whuffies”, an algorithm can pick that up outside of the Web site and incorporate the changes into your online account. It’s also developing an application programming interface to allow third party developers to create apps around the currency.

After that, the company has some pretty fanciful applications in mind: letting you print your own physical Whuffie bills to use in the real world or using Whuffie bank credit cards.

Judges at the conference gave the following feedback:

Reid Hoffman, LinkedIn: The person who coined the term Whuffie is Cory Doctorow. The problem with these types of currencies is that you need institutions or banks to regulate them. I think a non-profit going across the web is interesting but it’s going to be extraordinarily difficult. I think reputation usually tends to be based on your network and it’s context dependent. I have a lot of people I know who are great product people, but their political views mean nothing to me.

Dick Costolo, Twitter: The thing about these currencies is that even when they’re not scarce, you can make people think they’re scarce. So in Zynga in Texas Hold’em app, chips cost a certain amount of money and it’s a game, you get the sense that you can lose them and you have value. There are ways to incite scarcity from where there’s really abundance. There were things like this before. You might need an element of gaming to get the ball rolling.

Chamillionaire: I want to know one thing. What do I get?