Yahoo has acquired Wander, a startup backed by TechStars New York that is best known for Days, a diary-like blogging app.

This news, which Wander announced on its blog, comes less then a year after Days launched.

The Days app “will live on as a standalone entity,” according to the announcement. That said, our sources tell us this deal was intended as a talent hire and that Yahoo has little interest in the app itself. This is unsurprising, as a majority of Yahoo’s recent acquisitions have been driven by the need for fresh engineers — not niche apps.

Days, released in May 2013, was a pivot from Wander’s original goal: a location-focused blogging service. Here’s a look at an original promo image for Wander: 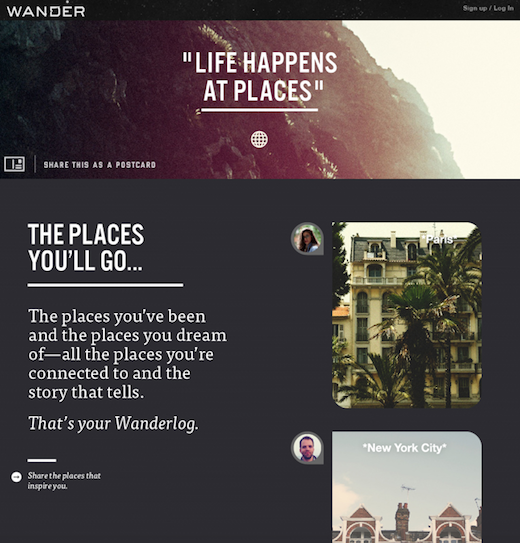 Days, pictured below, stood out on launch due to an interesting restriction: The app only allowed users to post an entire day’s worth of photos, once a day.

Since then, however, Wander didn’t get as much traction for the app as it had hoped for, and further development stagnated while exit talks emerged.