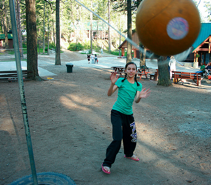 One of the first applications to be removed from Apple’s App Store was NetShare. The app, which lets you tether an iPhone 3G to a computer (that is, use the phone’s data service to access the web on a computer) was thought to be in violation of AT&T’s terms of service. Still, seeing as AT&T has tethering options for other phones, it was odd that the company would strictly prohibit it with the iPhone 3G. Soon, that will change.

Speaking at the Web 2.0 Summit today, AT&T Mobility chief executive Ralph De La Vega said that an official way to tether an iPhone to a computer was coming soon, reports MobileCrunch. This is in line with earlier reports of Apple and AT&T talking about such a plan. That report supposedly came from none other that Apple chief executive Steve Jobs himself.

While NetShare was a deal at $9.99 (I still have it on my phone and it works well), you can be sure that AT&T is planning to charge a premium for tethering. While it might give an app away for free, you should probably expect a monthly charge for accounts that wish to use it. De La Vega gave no indication about how much it would cost.

Of course, you can also jailbreak your iPhone (hack it to be able to use unapproved third-party applications) and get any of a number of tethering applications for free. But having an official way to use the data you’re already paying for, the way you want, is a nice option as well — provided it’s not too much extra.