You may not realize it yet, but Apple’s newly launched App Store is going to transform the company again. Think of Apple without iTunes. Yeah, it’s hard to do now. Soon it will be the same way for the App Store.

Forget the iPhone 3G, it’s the App Store that has taken the product to the next level. More and more apps roll out each day — it’s literally like the gift that keeps on giving. We’re barely two weeks into its launch and there are already far more apps than anyone can use (over 1,000). But the cream will rise to the top and I highly doubt we’ve even seen many of the best ones yet.

But even just gauging from what we’ve seen so far, I suspect that we’ll see versions of the App Store roll out across other devices in the Apple product line in the coming years.

First, are the obvious ones:

In the not-too-distant future there will be two types of iPods: Those that have access to the App Store and the iPod Shuffle. The original iPod, now called the “iPod classic” will eventually be laid to rest in favor of the iPod Touch which already runs the App Store. The iPod Nano will surely become a small touchscreen as well one day — with Wi-Fi, and it too will run the App Store.

The iPhone will continue to be the hallmark device for the App Store as its mobile network capabilities allow for access beyond Wi-Fi’s reach. I suspect that because of this we may start to see some iPhone-only App Store apps. I believe Apple will eventually roll out a slightly smaller and cheaper version of the iPhone, but it will retain full App Store compatibility.

Next, some current products:

Apps on the Apple TV would be a beautiful marriage. While some people have been dreaming about Apple doing a gaming console for years, it is closer than ever if it simply puts the App Store on the Apple TV. Some games would no doubt have to be resized and re-worked, but the Nintendo Wii has proven that a console not solely built on horsepower can dominate.

You might ask: But what about a controller? Your iPod or iPhone will be the controller. It’s already made part of the jump with Apple’s Remote app which allows you to control content on the Apple TV from your iPhone/iPod Touch.

Imagine using the iPhone’s accelerometer and touch screen as a game controller. It’d be kind of like the Wii meets the Nintendo DS (Nintendo’s hugely popular handheld gaming console with a touchscreen).

Over the weekend, the New York Times Bits blog laid out a pretty compelling argument for the App Store on the Apple TV. I think the Apple TV is in trouble if it doesn’t answer Microsoft’s partnership with Netflix and Sony’s own digital entertainment aspirations with its Playstation 3.

The App Store on the Apple TV would immediately make it a must-have item again. 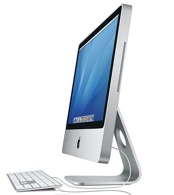 While it may not make sense for huge applications such as Photoshop or Microsoft Office, does it not make sense to eventually get items such as Dashboard widgets through the App Store?

Perhaps a stretch, but worth thinking about would be Apple using the App Store as a competitor to something like Adobe Air. The apps run so beautifully on the iPhone and iPod Touch, just imagine would they could run on a more powerful desktop or notebook computer.

The existence of a larger-than-an-iPhone but smaller-than-a-MacBook multi-touch enabled tablet computer is the hot rumor of the moment. Certainly it would seem that this product or something similar will come eventually from Apple; and seeing as it would basically be a larger version of an iPhone, it seems an ideal candidate for using App Store.

Such a device would not only have Wi-Fi capabilities, but could possibly use some sort of cellular network as well. Maybe apps developed for it along with the desktop and notebook Macs would be a little more expensive.

The App Store on such a device would thrive much in the way that it would on the current Apple TV, but could potentially have even more functionality. Imagine if the box had DVR functionality, there could be some interesting apps for manipulating television content. (Though I’m sure the networks wouldn’t like that too much.)

The Power of the App Store

Despite Apple’s desires, web app development for the original iPhone was lackluster. Some native apps on jailbroken iPhones worked very well, but others were complete crap — and of course you had to jailbreak your iPhone to use them. As I wrote after it launched, compared to these two previous options, the new App Store is simply sublime.

It’s so good that I really believe it could become a fundamental part of Apple.

With each passing day I’m finding myself becoming addicted to it in the same way I was once addicted to the iTunes music store (and would be again if Apple would go all DRM-free).

Part of it is about the impulse buys. I’ll be sitting on the couch, bored, and will buy a new game to play. Some are too expensive, but most are still cheaper than an album on iTunes — it’s an easy purchase to make.

But the main part is that quite a few of the apps, and some of the games in particular, are just really good. This is also problematic because many are considerably more of a time suck than a simple iTunes music purchase.

I can’t imagine using an iPhone now without native apps. Soon, the same may be true for the iPod, Apple TV and even Mac computers themselves. 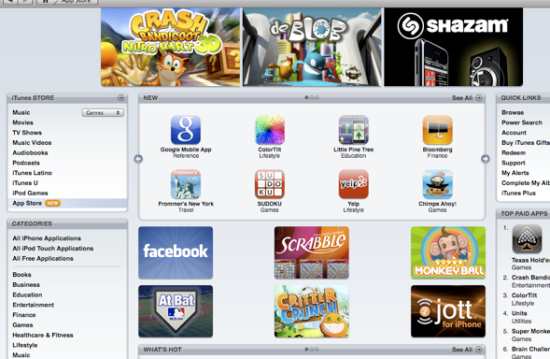