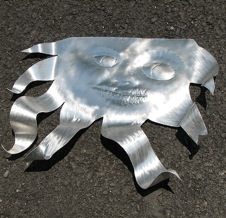 For weeks, rumors have been circulating that a new Apple product code-named “Brick” was nearing completion. Some said it was a redesigned Mac Mini, others thought it would be a sub-notebook, some thought an Apple TV. It appears now that it’s part of what will be a completely new way to manufacture notebooks, according to 9 to 5 Mac.

The report is pretty vague, but it sounds as if Apple is taking complete control of its MacBook production lines. Right now, the manufacturing is handled in China or Taiwan by companies like Foxconn. It’s not clear if Apple would open a plant here in the United States or simply be in charge of one overseas, but the new process is said to carve a MacBook out of a brick of aluminum (hence the “brick”) using some sort of revolutionary laser and jets-of-water system.

It may sound a bit odd for a manufacturing process to get hyped up, but 9 to 5 Mac’s source told them enough for the Apple blog to declare, “It is totally revolutionary, a game changer. One of the biggest Apple innovations in a decade.”

Color us intrigued. But who knows, the report could be totally off. Still, Apple is expected to release some redesigned MacBooks sometime this month, and possibly as soon as October 14. They are probably even shipping silently all around us as we speak.