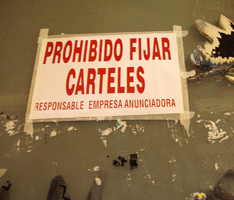 Psystar had a simple idea. It wanted to build a low-cost machine that would run Apple’s Mac OS X operating system. Apple had a simple response: Lawsuit. Now, Psystar is striking back. It will not only answer Apple’s lawsuit, it will meet the computer giant with a countersuit of its own, reports CNET.

Psystar’s suit will be based on two federal laws, the Sherman Antitrust Act and the Clayton Antitrust Act. Both of these are discourage the formation of monopolies and cartels. Psystar will try to say that by restricting OS X to only Apple-made boxes, Apple is restricting the market and can set its own high prices.

Though Apple briefly opened up its OS to run on third party-made machines in the mid-1990s, when founder Steve Jobs came back to the company, he quickly killed those deals. Because the OS only runs on Apple-made machines, Apple is able to tightly control user experience, which some (including yours truly) feel has let to a better overall experience when compared to the wide range of machines that run Microsoft’s Windows operating systems.

If Apple allowed OS X to run on less expensive machines, you’d likely see a rise in complaints about system lags, crashes and all the other fun stuff that is sometimes a result of inferior hardware. In fact, if Microsoft could restrict its much maligned latest OS, Windows Vista to run only on machines it made, I’d bet we’d see a huge decrease in the number of complaints about it.

Psystar’s countersuit will boil down to the classic debate of open versus controlled systems. Both, of course, have pluses and minuses.

Without being a antitrust legal expert, it would seem to me that if Apple had a larger market share, Psystar would have more grounds in its argument. However, by controlling less than ten percent of the operating system market, Apple can mostly fly under the radar. Though, its share has been steadily growing.

Psytar had been attempting to sell systems running OS X for around $500. Apple has a system in that price range, the Mac Mini, but it lacks many bells and whistles associated with modern desktop computers (namely a monitor and any type of input device).