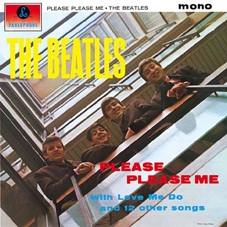 If you like rock and roll music, you probably like The Beatles. If you like The Beatles, you’ve probably noticed that their music is not exactly the most digital-friendly. Everyone has been waiting for the group to end up in iTunes (Apple chief executive Steve Jobs has made his love of the group very clear), but it appears their music may be entering a different market in the digital realm first: Video games.

Tomorrow, the band’s label, Apple Corp. (no relation to Apple the computer, iPhone and iPod maker), is expected to announce a new deal for some sort of “global music project,” according to paidContent. While it’s not known for sure what this will be, most signs point to The Beatles’ music being licensed to MTV for use in its popular music video game series, Rock Band. On the event’s invitation list are people from Harmonix (the MTV-owned company that makes Rock Band) and PR people for the game, paidContent notes.

While it’s been known for a while that Apple Corp. was in talks with video game makers about including Beatles’ music in games, it’s still surprising that it appears this will happen before the band’s music is available through an online music store.

Legal rights have held up the process in the past, but if video game agreements can get done, one would think online music agreements should be doable as well. In fact, former Beatle Paul McCartney said last year that he expected the band’s music to be available online before the end of 2008. With only two months left to go in the year, that is looking increasingly unlikely.

Of course, you could just drop $800 to get a collections of all The Beatles’ CDs along with a specially engraved iPod with Beatles’ artwork on it. (You get a collectors’ case too.) Seeing as you would have to rip (create digital copies of the music on your computer) all of the tracks to your computer and transfer them to the iPod yourself for that very high price, I think I’ll wait a few months until I get buy the albums for $10 on iTunes.

Or I’ll just rock out to them in Rock Band. (Update: The deal got announced this morning. There will be a special edition of Rock Band with the Beatles).