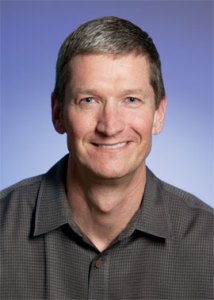 With former Apple executive (and iPod chief) Tony Fadell’s recent decision to step down, new executive Mark Papermaster’s troubled start (he’s being blocked from working by a court due to an IBM suit) and of course, the lingering questions of chief executive Steve Jobs’ health, the Apple succession talk has never been hotter.

It’s all speculation, of course, Jobs is looking better and seemed much more lively in his recent appearances (he even jokes about his rumored demise) — and he’s given no indication that he’s leaving Apple anytime soon, but given how closely tied the company is to its leader, the talk of who will be the next one continues.

A very compelling case for Apple’s current chief operating officer Tim Cook is made today by Fortune. The in-depth piece gives a detailed look at Cook’s role within Apple. Though neither Cook nor anyone else at Apple agreed to talk for the piece at all, it’s an interesting take on a man whose strength (business) would seem to far outweigh any weakness (product design experience) were he to take the job from Jobs.

During last month’s MacBook event, Cook spent more time on the stage than any other executive aside from Jobs. Speculation grew that perhaps Apple was beginning the grooming process for him to one day lead the company. Cook also speaks often during Apple’s earnings calls and, as the Fortune article notes, has perks at Apple beyond any other executive, including the highest salary and the most stock options.

He’s also the only other executive besides Jobs who is allowed to sit on a board for another company, Nike. One of the best quotes from the piece is from fellow Nike director, John Connors, who calls Cook the “General Petraeus of the corporate world,” the “kind of guy who lets his results speak for themselves.”

Ive is another one of the executives who was given a lot of face time during the recent MacBook event. He’s a compelling candidate because he is just that, compelling. It’s clear when you hear him talk about Apple products that he really cares about them and thinks of them as works of art. That’s something that the Mac faithful love. 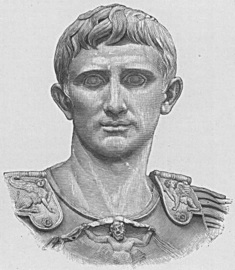 But Ive lacks Cook’s impressive resume with regards to the business of Apple, a business that has given the company over $24 billion in cash reserves with zero debt. While once powerful competitors like Dell are struggling, Apple is a well oiled machine — and that’s largely thanks to Cook.

So maybe Cook is the perfect candidate for the job. Or maybe Jobs, like Caesar, will pass the torch to a triumvirate to steer the company once he decides to leave. Of course, that style of management didn’t last long…

Who will be Apple’s Augustus?