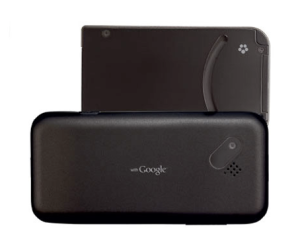 Everyone knows that the iPhone doesn’t have video recording capabilities built in, but most people don’t realize that the T-Mobile’s G1 doesn’t either. Both require software solutions to keep the camera lens open and to decode video. Apple doesn’t currently allow for this software in the App Store, but the Android Marketplace lacks the same restrictions — it’s just taken awhile to come up with a solution. But now someone has — and it looks awful.

The video embedded below is the first video recorded on the G1, according to Sadko Mobile. Unfortunately, the colored-mess you see is apparently the best video the G1 can record right now, the site claims. The reason for this is that G1 firmware has major problems with video codecs — at least when it comes to recording.

While the current G1 firmware continually crashed upon tests, it was only using the more advanced “cupcake” firmware that the team was able to record the video below. And the group doesn’t expect this to be resolved anytime soon:

So, we can now inform you that due to firmware issues, the release of Sadko CamLine for G1 is halted until the time when either a firmware update or a new phone running a proper video codec will be able to generate error-free video files.

I’ve been recording video on my iPhone for a while now using an ad-hoc method to obtain the app that does it (since it’s not allowed in the App Store), and it looks just fine. So it’s surprising that the G1 — which has a better camera than the iPhone — can’t do at least as well. But apparently that wasn’t a consideration when the firmware was created.