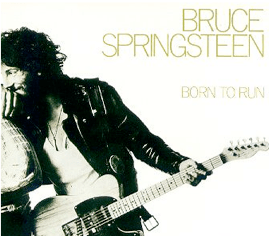 Google Drive, GDrive, “My Stuff,” Platypus — these are all names for Google’s online storage service that has been rumored to be in the works since at least 2005. Blogs are always predicting its impending launch, and even the Wall Street Journal matter-of-factly stated well over a year ago that Google was preparing to unveil the service. But the service is still nowhere to be found.

Well, actually, you can probably find it if you work at Google, where it is said to be used internally (or if you visit this page made for April Fools Day). But the real deal is still nowhere to be found on the Internet all these years later. That isn’t stopping the talk and speculation about it.

New evidence for what may be the mythical Google Drive appears in the recently launched version of Picasa for the Mac. The photo software made by Google apparently has an option to move photo collections to something known as the “Google Web Drive,” as a MacRumors forums member first found. The Google-focused blog Google Blogoscoped did some more digging and found a webpage that previously sent users to a “www10” service (again, apparently the internal Google Drive) now returns a 404 page error, but its DNS entry has recently been updated with the CNAME entry “webdrive-client.1.google.com.” That’s a lot of web jargon, but basically it means that Google is at least playing around with some sort of “webdrive.”

Google also apparently owns the domains googlewebdrive.com and gdrive.com. The latter was found way back in 2005 when it was also revealed that Google owned the domain name gbrowser.com. That may have seemed odd right up until Google released its own web browser, Chrome, a few months ago.

“We know people’s file sizes are getting bigger. They want to share their files, keep them in the cloud, and not worry about which computer they’re on. Google wants to be solving these problems.”

While the interview was about Gmail, that’s not stopping some from using it as evidence of the bigger picture: that Google will eventually want to launch a Google Drive. It makes sense — after all, arguably Google’s biggest rival, Microsoft, has a cloud file storage service with Windows Live SkyDrive (yes, a hilarious name). So if Google really wants to solve the online storage problems, it should probably have such a service too.

AOL recently closed its Xdrive online file service to cut costs, and perhaps that’s why Google has delayed launching Google drive. But if I were a betting man, I’d still bet on Google Drive coming at some point in the near future. There are too many hints and broken links out there that point to it.

[Yes, my title is a play on lyrics from Springsteen’s “Born to Run” — too good of a title to pass up.]