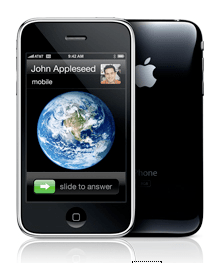 The first reviews of the iPhone 3G are in. As usual, Walt Mossberg from the Wall Street Journal, David Pogue from the New York Times and Ed Baig of USA Today got an early peak at the ballyhooed device. The verdict? All agree that it is a solid device, but there are plenty of caveats — especially if you have the first generation iPhone.

Mossberg loves the speed of the 3G network, but seems more amazed by how quickly it drains the device’s battery. He thinks that if you already have the current iPhone and are routinely using it on a Wi-Fi connection, the upgrade won’t be worth it.

Pogue talks more about the GPS functionality, but finds it rather limited. He then spends a good portion of his review going on about the App Store, which none of the reviewers have actually seen yet. He seems the least impressed with the iPhone 3G.

Baig is the most bullish about the device but even he is left pointing quite a few times at what it doesn’t have.

The fact is that all three have already reviewed a very similar device: The first generation iPhone, last year. This one has two major differences: The 3G network support and GPS capabilities. Other than that, the changes are largely in the software — which any iPhone or iPod Touch can use.

Downplayed in these reviews are what would normally be important items such as the audio quality for calls. All three note that this has been greatly improved, and let’s remember, this is first and foremost a phone after all. Also of note is that Baig and Pogue say the device seems to fit better in your hand with the newly curved plastic back. 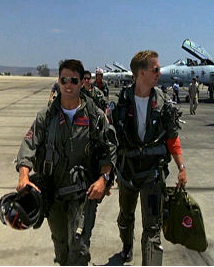 The consensus seems to be that an upgrade may not be worth it for current iPhone owners unless, like Maverick in Top Gun (pictured: right), you feel the need…the need for speed — as in 3G speed, at all times.

I do, and that’s why I’m going to upgrade.

I’m also excited about the GPS functionality and all the possibilities that can open up for location-based services. The reviewers couldn’t really go into that since they didn’t yet have access to many of the apps that will use it, but I think that could ultimately be the real key to the device.

The App Store plays a large role in all three reviews even though, as I said, none of them have actually seen it.

If you get the feeling that all of these reviews are less than stellar, consider this: It appears that the iPhone 3G is a victim of the original iPhone’s success.

For many, the original iPhone was an exception to the rule that all first generation products are bad. In fact, the first iPhone was so good that it would have been hard to top. It would seem that Apple hasn’t really tried to. Instead, it’s made a few improvements and released a largely similar device.