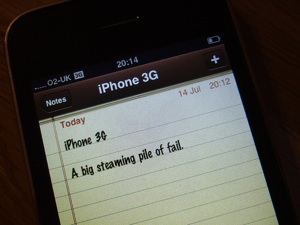 Perspective is a funny thing. Reading many of the headlines for the past two weeks within the tech blogosphere you’d think the iPhone 3G was a massive failure.

But the headlines today have Apple planning to make 40 to 45 million iPhones in the next year, and selling something around 58 million of them by the end of 2009, according to BusinessWeek. The 58 million number is from the usually Apple-optimistic Piper Jaffray analyst Gene Munster, but many other analysts have the number of iPhone sold through 2009 at near 40 million, a number that is still pretty incredible — especially for a device which some say doesn’t work.

If sales reach Munster’s forecasts, the iPhone will outpace the number of Windows Mobile devices sold after its first year of availability with 3G devices, according to mocoNews. Remember, Windows Mobile runs on several phones, the iPhone is one phone.

Also impressive is the speed of Apple’s worldwide expansion. When it expands to Russia, the device will be available to 660 million potential customers, reports Apple 2.0’s Philip Elmer-DeWitt. Of course it won’t sell an iPhone to all of those people, not even close, but if it sells to just a fraction of them, the sales numbers are going to be huge.

And those numbers don’t even include world’s most populous country, China. And we all know that is coming.

The point is that while some people are certainly having problematic iPhone issues (I experienced some connection issues myself while in Las Vegas last weekend), not everyone is having them and for those that are, there is no reason to think that Apple won’t correct them. In fact, I just got a text message update a few minutes ago from Apple and AT&T with the following:

An important software update for iPhone 3G has been available on iTunes since this past Monday. To get it, simply sync your iPhone 3G with iTunes and click the “Check For Update” button. 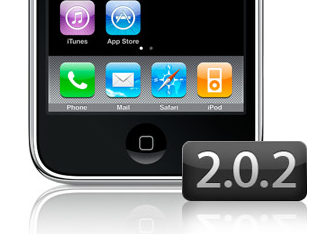 The update they speak of is the 2.0.2 software update. Apparently, AT&T and Apple feel that it corrects the issues people have been having enough to send a mass message out to everyone about it — something they have never done before.

The kinks, apparently, are being worked out. It’s much more likely given everything we know that Apple is going to have another massive success on its hands with the iPhone 3G, and not a failure.