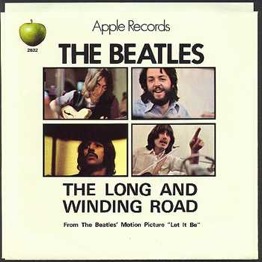 Earlier this year, former Beatle Paul McCartney made statements indicating that The Beatles’ catalog of music should be available on popular online music services by the end of this year. That won’t be happening.

A disagreement between Apple Corps Ltd., The Beatles’ holding company (not be be confused with Apple, the iPod maker), and EMI, the music label that owns the rights to The Beatles’ recordings, is preventing any negotiations with online music stores from going forward, McCartney confirmed today.

We have been working hard to secure agreement with Apple Corps to make The Beatles’ legendary recording catalog available to fans in digital form. Unfortunately the various parties involved have been unable to reach agreement, but we really hope everyone can make progress soon.”

Oddly, a few weeks ago, Apple Corps and Harmonix, makers of the popular music video game Rock Band, announced a deal to create a Beatles’ version of the game. So, the band’s music will indeed make it to video game consoles before it is available to buy online. Why they could strike one deal and not the other is beyond me.

Apple Corps (The Beatles company) and Apple (the iPod maker) resolved a dispute earlier this year (yes, over the name) that seemed to clear the way for the band — that everyone knows is Apple chief executive Steve Jobs’ favorite — to make it to the most popular music store in the world, iTunes.

Instead, it looks like the two sides (meaning EMI and Apple Corps) are “Across the Universe” from one another and may not “Get Back” until “When I’m 64.” Okay. I’ll stop now. Sigh.