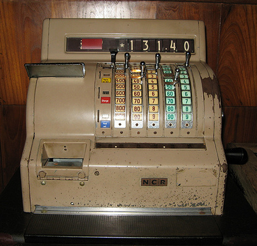 This is set up almost too perfectly. We’re in the midst of the worst economic downturn since the Great Depression, retail sales are plummeting, consumer spending is way down and so what does Microsoft decide to do? Open retail stores. Insert two paragraphs of punch-line here.

But I’m going to surprise you here and go the other way. I think this is actually a smart move by Microsoft — in theory, at least.

Now’s the time to buy

First of all, if you have the money (which Microsoft does), now’s the time to buy. That is to say, they can probably get some great deals on retail spaces around the country as stores go out of business and rents trend lower. Things could still get worse, but this is likely a much better time to be looking around for prime real estate than any time in recent history.

But more importantly, for Microsoft’s actual products, a retail store could mean a better relationship with customers. Right now, I associate PCs with things that never work right in offices or things that never work right in the home (I just had to fix my dad’s PC). That’s not to say that all PCs are junk, but with such a huge market share, Microsoft’s software is running on a lot of systems that are junk. Maybe the systems are old, or maybe they’re just cheap. It’s a problem, one that certainly sticks in my mind and the minds of many others.

A retail store can help fix that because, it can “show the consumer what their product looks like ideally,” as CrunchGear’s Devin Coldeway points out. And to be clear, he’s talking about Apple’s retail stores with that statement — and that is clearly what Microsoft and pretty much any retailer should be shooting for. Apple creates little Mac Utopias in each of its retail stores where everything just seems to work. 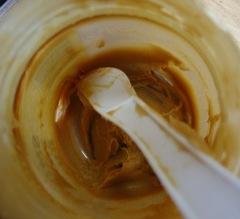 Of course, real life isn’t like that, for PCs or Macs, but Apple’s stores at least give that illusion at the perfect time: the time when the customer is deciding to buy.

Right now, Microsoft has to rely on places like Best Buy to send that image of its software. Have you ever been to the computer section of a Best Buy store? I’m not lying when I say that I once saw peanut butter (or at least something brown) smeared all over a display unit in one. Peanut butter may help sell jelly, but it doesn’t help sell Windows.

And while it’s still utterly ridiculous that Microsoft is releasing 6 (or more, depending on how you count them) versions of Windows 7, being able to show off their differences in its own store will no doubt help consumers who would otherwise be beyond confused by the differences.

But aside from just Windows, these retails stores may help Microsoft move other products as well. People might actually want to buy something like a Zune or a Windows Mobile device if they see how it ties into Windows. Just as Apple products have a “halo” effect, where one helps sell the others, it could work with certain Microsoft products too. That’s not to say that it will, but it could.

Back to reality: The problems 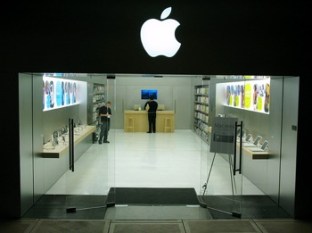 Okay, but let’s snap back to reality for a second. While I think it’s a good move for Microsoft, there are some definite issues. First of all, recent reports suggest that even Apple’s retail stores are starting to slump in the economic crisis. Here’s the key blurb from a story in Barron’s:

Apple’s same-store revenues, a key retail metric comparing sales of stores open for at least a year, slid 17.4% in the December quarter from a year earlier, reports Needham hardware analyst Charlie Wolf. Visitors per store only fell 1.8%, “but shoppers were not in a spending mood,” Wolf notes.

People just aren’t buying much of anything these days. One could argue that if Apple can’t sell things in its stores (and remember it sells things less expensive then computers too, like iPods), how is Microsoft going to? Regular readers will know my preference for Apple products over Microsoft products, but I don’t think it’s a stretch to say that Microsoft has no killer product out there that can boost sales in a economic downturn.

Luckily for Microsoft, it’s not ready to open any stores just yet. It just announced the hiring of David Porter as the new vice president of retail sales and as Microsoft notes, “Defining the time frame, locations and specifics for planned Microsoft-branded retail stores will be Porter’s first order of business.” So if the first Microsoft stores won’t hit until 2010, the company may find it a better climate than right now for retail.

A larger problem for Microsoft is that it simply hasn’t done well in consumer markets in recent years. While I suppose a Microsoft retail store could cater to some business users, it will more likely be meant for average consumers. 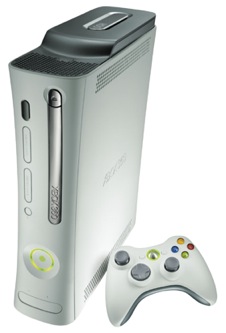 Products like the Zune and Windows Vista haven’t exactly “wowed” the customers, to borrow a phrase from Vista’s marketing strategy. At the end of the day, the products have to be good in order for them to sell, neither Zune nor Vista fell into that category. Sure, you could argue that a Zune might have been a good product if the iPod didn’t exist, but it does, and controls over 70 percent of the market.

One consumer product that has done well is the Xbox 360 gaming console. You can bet that will be a key feature in the Microsoft retail stores, to attempt to create that “halo effect” (no relation to Microsoft’s massively popular franchise of the same name) that I talked about earlier. But again, Microsoft needs to spread what worked about the Xbox 360 to other products, not just hope that the fact that the Xbox 360 is a solid product will sell other products that aren’t solid.

Another potential problem for Microsoft’s retail endeavors: Apple. It’s not like it’s just resting on its laurels and waiting for competitors to come along. Just today, a report by ifoAppleStore suggests that the company is gearing up for a major space reorganization in each of its retail stores. The thought is that the stores’ primary focus will be to drive users towards its software rather than its hardware, as has been the case in the past.

iPhone and iPod touch applications are thought to be a major part of this reorganization as well, according to AppleInsider. Of course, to use these applications you need an iPhone or iPod touch, so it’s not like the hardware sales will hurt as a result of this emphasis.

While there are applications for Windows Mobile, the experience is nothing like it is on an iPhone with the App Store. Microsoft hopes to change that as soon as next week when it launches a new app store at the Mobile World Congress, but will it really be able to compete with the runaway success of the App Store? Only time will tell — but if Apple is going to focus on that in its retail stores now, Microsoft simply may not be able to match it. 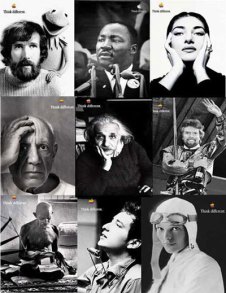 And maybe that’s not such a bad thing. In my opinion, Microsoft really needs to stop playing this odd game of catch up. It’s a huge company at the top of the world with many insanely profitable businesses, yet it continues to feel the need to chase the likes of Google in search and online advertising, where it’s unlikely ever to win. And it continues to chase Apple in mp3 players and now retail stores. To borrow a phrase from Apple’s marketing in the 1990s, maybe it’s time for Microsoft to “think different.”

I hope its retails stores won’t simply be copies of Apple’s. I hope that it’ll use the space to highlight new ideas and technologies like the Surface computer in interesting ways. But I can’t shake the feeling that we’re going see a bunch of stores that are all white and clean and feature helpers that instead of being called “Geniuses” are called something like “Brainiacs.”