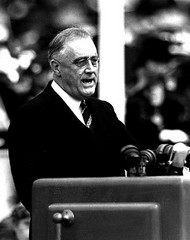 I decided to sit back and watch for a bit as the blogosphere belched out a nice robust “bitchmeme” about FriendFeed killing Twitter. As far as I can tell, there is only one coherent thing to pull from all of this: People are very angry about Twitter’s downtime.

Certainly that is reasonable. The service’s reliability has gone from bad to worse, culminating in an admission that it isn’t sure what is wrong and that it will basically need to be re-built. As anyone who has read any of my dozen or so posts about Twitter over the past couple weeks will realize, I’m annoyed as well.

FriendFeed is not going to kill Twitter. It’s a nice thought that we could already have a service which many of us use that will replace our beloved, but failing Twitter — but that simply isn’t the case. FriendFeed and Twitter are different services. Each do different things. Each has a different purpose. It’s that simple.

In fact, if anything is going to kill Twitter, I’m in agreement with Steven Hodson of WinExtra: It’s Twitter.

As I said last week, despite Twitter’s issues, I have no plans on leaving the service, I still find it too useful. However, if Twitter is really unable to get its act together, others will start to leave. This will cause a chain reaction that yes, will eventually prompt me to stop using the service.

I find it interesting as well that all of this Twitter-killing talk has led to a backlash of sorts against FriendFeed, a service, which the last time I checked, didn’t have a mission statement about becoming the new Twitter (even though it is schooling Twitter in search capabilities). One of the most vocal in this regard was Steve Gillmor, whose transcribed lucid dream on TechCrunch says nothing if not that he doesn’t like FriendFeed — for a number of reasons, the most clear of which seems to be an annoyance that so many people do like it.

FriendFeed is a useful service. Perhaps not as useful as Webomatica thinks, but useful none-the-less. I’ve been very bullish on it since back when it was in closed beta and I wrote it up on my personal site ParisLemon, back in October. Instead of comparing it to Twitter at that time, I found the more apt comparison to be to Facebook’s News Feed. The difference being that I found FriendFeed more compelling because it allowed you to create a stream of your data outside of Facebook’s walled garden. The recent steps by Facebook to emphasize importing 3rd party site data into your News Feed, suggests this comparison wasn’t far off.

One aspect that makes Twitter so compelling is its simplicity. FriendFeed is not as simple and continues to grow more complex with the addition of features such as “Rooms.” To use FriendFeed as a Twitter-replacement would not be so straight-forward and would be doing FriendFeed, and all the work its team has put in, a disservice. It can do a lot more than Twitter, but partially because of that, I will never use it as my go-to mobile site despite Robert Scoble’s insistence that it should be.

What I want from Twitter is an extremely simple, extremely fast site that I can use to communicate with people quickly, and more importantly, on the go. I would gladly pay for a premium version of the service that assured me uptime and perhaps some advanced features such as geotagging and native picture and video upload functionality (that worked only on a click-to-expand option in the Twitter stream so as not to muddy up the simplicity of the stream). I wouldn’t pay $20-a-month that Jason Calacanis suggests, but I’d maybe pay $5 or something like $50-a-year. I already pay $25-a-year for Flickr, and I use Twitter a lot more.

FriendFeed meanwhile, will continue to be a main hub when I’m not on the go and have some time to get a bigger picture of what people I know are up to around the web — and if I want to have a discussion about any of that. As I see it, there is certainly some level of truth to the thought that FriendFeed is getting too noisy as more and more people join the service (something which I was shocked people weren’t doing late last year). I suspect that myself, and a lot of other users, need to get better at using the “hide” functionality on FriendFeed. Something which Louis Gray wrote an excellent guide on.

In closing, let me just reiterate: FriendFeed is not going to kill Twitter. Each service provides something different, and at least for me, compliment one another in some regards. If Twitter does die sometime in the coming years and FriendFeed is blamed, I’ll be calling for a DNA test. I think we’ll find Twitter’s own prints on the gun that it was shot with.