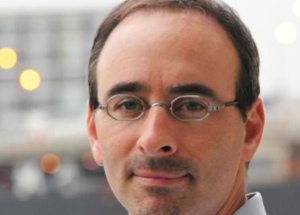 Eric Lefkofsky is the largest shareholder and chairman of popular deal site Groupon, but when it comes to public profile, he’s often been overshadowed by the company’s colorful, mischievous chief executive Andrew Mason.

However, now Fortune is running a revealing piece about Lefkofsky and his checkered track record. Fortune concludes that Lefkofsky’s style tends toward “… rapid revenue growth accompanied by big losses, a penchant to sell stock early on, and lawsuits filed by investors, lenders or customers who feel they have been wronged.”

In our extensive coverage of Groupon over the past couple of years, we’ve interviewed and otherwise cited Eric Lefkofsky several times. Fortune’s piece adds some new wrinkles to the portrait of this powerful founder.

Fortune mentions Lefkofsky’s flub talking about how Groupon would be “wildly profitable” on Bloomberg TV during the quiet period after the company had just filed its IPO prospectus — basically concluding that despite decades of experience, he’s still oddly prone to rookie moves like this.

The piece’s author, Kevin Kelleher, says investors in Groupon should be concerned that Lefkofsky and his family have already cashed out $382 million from Groupon before the IPO filing. (The other founders, Brad Keywell and his family cashed out $156 million, Andrew Mason, $10 million).

The risk is that Groupon will follow in the footsteps of Lefkofsky’s earlier company InnerWorkings’ “… and start trading with a small float. Then a few months later, after demand has pushed up the stock price, insiders will unload more shares in a follow-on offering. That could dilute the stock and weigh down Groupon’s longer term price.”

Of course, there’s a lot of hype behind Groupon, and ample criticism simmering among some of its customers for Groupon’s aggressive sales style, damned the consequences. The company’s grow-quick story certainly reflects that Lefkofsky legacy — and the style is unquestionably built into Groupon’s DNA to some extent. On the other hand, Groupon is so large now, it’s also questionable just how much control Lefkofsky has over its future and management. One thing’s for sure: It’ll be riveting to track this story as it unfolds post-IPO.