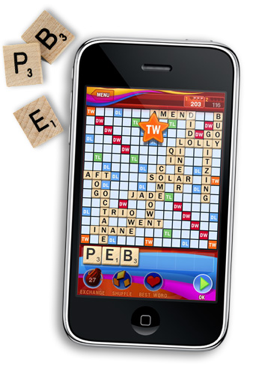 When Apple’s App Store first launched back in July there was a wide range of prices for individual applications. While many were free, quite a few of the early games were $5 or $10. But as time has passed, there’s definitely been a trend of the paid apps to move towards $0.99, which seems to be a magic price point for high sales. But $0.99-an-app isn’t much of a way for developers to make a living, and quite a few of them are now trending back towards $10.

I met with a group of popular iPhone app developers the other day. While most were game makers, others had apps for doing things like restaurant reviews. Most were showing off apps that would be coming out in December (like SimCity and Rolando). The one thing the majority of them shared in common was price: $9.99.

This was surprising to me because of the obvious trend the App Store has been seeing in recent months towards lower pricing. The development house Tap Tap Tap even wrote a very long (and in my opinion, thick-headed) piece about the trend towards cheap turning the App Store in to the “Crap Store.” Their proposed solution was to de-emphasize pricing in the rankings by making it based on gross revenues. Of course their argument is that this works great for Hollywood box office records — except that the systems aren’t the same — at all. Movie ticket prices are constant (with the exception of IMAX films) for each movie, apps are all priced differently.

But the real reason why no drastic change is needed in the App Store is that the developers are seemingly starting to get more comfortable once again with the higher price points. While Ngmoco sells its current apps, Topple and MazeFinger for $0.99 and free respectively, its newest one, Rolando, will be $9.99. When I asked the team why they chose this price point, they said that Ngmoco wanted to differentiate its so called “micro-priced” (cheap) apps from the more premium ones, which require a lot more work. They’re confident consumers will be willing to pay for a higher-quality product.

Electronic Arts, which is, of course, a gigantic game company on just about every platform, echoed that sentiment. The company already has games like Tetris, Scrabble and more recently Yahtzee on the iPhone, but with SimCity, Need for Speed: Undercover and Monopoly all launching in December, the company will have a ton of games on the iPhone that people already know and will probably be willing to buy just on name alone (comments on my SimCity post certainly seem to indicate that).

“A lot of developers made an assumption that racing to 99 cents will lift them — that’s kind of worked, but it won’t always work,” EA Mobile’s marketing director Patrick Gunn told me. He noted that both Apple and app publishers are still finding their way in terms of how best to price applications, but that things are starting to shake out. 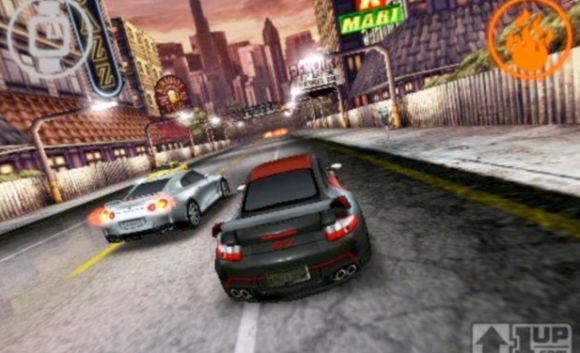 Another option that hasn’t been fully realized yet is advertising on apps. Companies like AdMob, AppLoop and Medialets are all working in this space, while bigger companies like EA are also thinking about their own solutions. If someone can nail advertising on the device within apps, that could help keep prices low even for high-quality games.

Of course, EA isn’t ruling out titles higher than $9.99 either, which makes sense if the iPhone really can compete with systems like the Nintendo DS and the Sony Playstation Portable, which sell games for anywhere from $20 to $50 a piece.

But $9.99 seems to be the new hot trend in iPhone app pricing. In my meetings with developers, I also saw an iPhone game from Gameloft called Ferrari GT Revolution. The makers of this racing game teamed up with Ferrari to simulate the hot car on the iPhone. Again, this app will be $9.99 when it comes out in December.

And even the popular ratings and review guide Zagat has placed a $9.99 price tag on its new iPhone app (find it here). Again, this was a bit surprising to hear given that competitors like Yelp have iPhone apps for free, but the makers of the Zagat app (Handmark), think Zagat’s brand name will overcome any price differentiation.

And there is the game Puzzle Quest, which is a remake of an old video game classic. Once again, it will be around $10 when it hits the App Store next month, according to Kotaku.

Time will tell if users will buy into this trend back to more expensive apps. It seems like these upcoming titles with a mixture of quality and known properties should make slightly higher prices feasible for a lot of app makers. But maybe the $0.99 apps will still rule the day and force the more expensive ones I’ve mentioned to slash their costs. That’d be too bad, because I want to see some really great apps on the iPhone, and most of those take money to make — and in this economy people aren’t going to be throwing away money if they don’t think they can get it back.