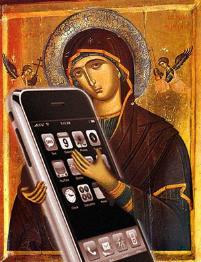 Silicon Valley isn’t the most spiritual place in the world — usually. But sometimes, Apple manages to make many of the most cynical of geeks into devout followers. Today, for example, the company has announced a second, significantly improved version of the iPhone at its Worldwide Developer Conference in San Francisco. It has satisfied months of breathless anticipation about its plans to further compete in the mobile hardware and software market.

At least some VentureBeat staff members are among the devotees. MG Siegler and Dean Takahashi live-blogged all of the company’s announcements today. Below is a digest of our coverage, including a couple related announcements. Posts are listed chronologically, with the most recent at the top.

MG has also led a large, real-time discussion with many of our readers on Friendfeed, using this Friendfeed group he created: VentureBeat WWDC Livestream. Check it out.

WWDC live blogging: medical apps from Modality and MIMVista on the iPhone

WWDC live blogging: Next up, games on the iPhone with Sega’s Super Monkey Ball and more

A preview of Live blogging from the WWDC