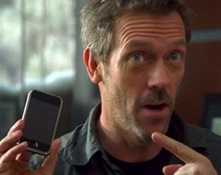 Perhaps the single biggest complaint about Apple’s iPhone isn’t about the phone at all, but rather that it runs on a slow network. That’s about to change — big time.

Buried in the code of the latest version of the iPhone SDK (software development kit) is reference to the 3G iPhone chipset, AppleInsider has uncovered. But that’s not all. The chip in question is also up to the latest 3G standards (which some have dubbed “3.5G”), meaning the new iPhone could be significantly faster than what we traditionally view as 3G speeds.

AT&T’s EDGE network, which the iPhone currently runs on, is said to be capable of running at speeds near 250 Kbps, though actual speeds are usually well under 100 Kbps. Current 3G networks can reach speeds of up to 3.6 Mbps. This new chipset known as SGOLD3, supports speeds twice that of current 3G networks — 7.2 Mbps. This pushes it into the realm of many users’ Wi-Fi connections, as Apple 2.0 notes.

If Apple is able to launch a 3G iPhone capable of such speeds, the days of wandering around looking for Wi-Fi hotspots would be over. It could also mean even more innovation opportunities for the application developers currently working with the iPhone SDK to get their apps out this summer. Ideas such as real-time social networking on the iPhone would certainly be feasible at such speeds. As would rumored IM/video chat functionality (our coverage).

Of course, as we’ve seen with the EDGE network, theoretical speeds and actual speeds are two different things. Any next-gen network will only be as fast as the infrastructure AT&T builds for it. But with the work it is said to be putting in to gear up for the iPhone’s 3G release, I’m optimistic.