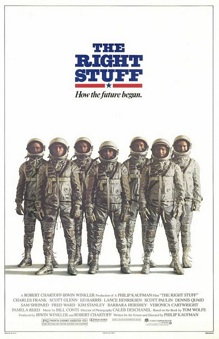 Google is launching a new web site called Free the Airwaves, to publicly encourage the Federal Communications Commission to deregulate “white space,” or tiny fractions of available bandwidths between broadcast TV channels in the 50 MHz to 700 MHz spectrum band range.

New hardware devices and software services could use these airwaves to offer wireless Internet to more people. This means free or cheaper Internet for you, maybe, via a venue that Google — not a telecommunications company — might control. White spaces were originally intended to prevent radio transmissions from reaching into each other, and are considered too narrow to auction off.

The FCC has been doing field testing on the viability of white space wireless Internet services, and plans to make a regulatory ruling on the matter in the coming months. Television broadcaster consortium the National Association of Broadcasters is, together with cell phone companies, concerned that this method of transmission could interrupt television and phone transmissions.

Companies on both sides of this debate can’t help but signal their self-interest.

Google couches its position as being part of the good but unusually, goes out of its way to explain that its own “business interest” in this case is getting more people to use the internet. The Google-funded wireless Internet service here in Mountain View, Calif. automatically loads iGoogle, the company’s personalized home page service, whenever you first log on. So I’m going to guess that Google would do something similar with any white space internet service it might eventually provide.

NAB broadcasters appear to be generally against anything that Google wants to do to help itself — maybe this service would get more people using the web instead of watching TV? But, new devices may prevent interference with television transmissions, and allay broadcaster concerns.

However, some cell phone companies, like AT&T, are directly threatened by this move as they already offer broadband Internet services.

Meanwhile, Microsoft, Intel and Motorola are other large tech companies are also advocates for white space availability, and presumably would want to provide their own white space products. As usual, though, Google has beat these companies to championing a good cause, that has its own business benefits.

If you want to support Google Free The Airwaves, you can go sign the petition on the site.

[MG Siegler contributed to this piece.]