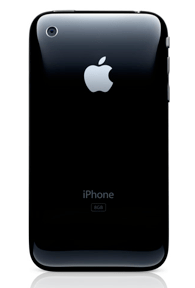 Now that I’ve had a change to sit down, relax and digest the news that Apple unveiled at its WWDC conference today, I thought it was a good time for a post-show follow-up piece. Whereas Dean has the post-keynote blues, I’m quite happy with what we saw today. Was it everything I ever wanted and more? No. But it was a solid event that showcased Apple as the force to be reckoned with in the mobile world going forward.

To me, the event was a success because of three simple numbers: 1 – 9 – 9, as in $199. When word first broke about the possibility that Apple would release an iPhone for that price, many people’s assumption was that it would be the price of the current generation of the iPhone once the new one came out. When reports kept coming in about this price for the 3G version of the device, many simply assumed it was false information. It was not. The iPhone 3G will be $199 (the 8 gigabyte version anyway). This is huge news.

A lot of people will still complain that it is restricted to the AT&T network in the United States. Would it be better if the device were available on any service? Of course. But at the end of the day it was a great business move by AT&T to score this deal. Verizon had a chance. It blew it.

More people will complain that you need to sign a two-year agreement to get one. Again, sure, it’d be better without this, but this is the real world. To me this $199 announcement today is gravy compared to last year when I could not believe the original iPhone would be $599 even with a two-year contract with AT&T. That was quite ridiculous — and, still, many of us took the plunge.

The $199 iPhone 3G is simply going to be a massive seller. In the past year I can’t recall even a single person who saw my iPhone that said they didn’t want one. Nearly all of those people simply had two barriers to entry: price and the knowledge that a faster version would be coming. Both of those situations are now remedied.

And remember, it’s not just in the United States that the iPhone 3G will go on sale at that low price; it’s in places all over the world. Is there any doubt remaining that Apple will smash through its 10 million units sold goal by the end of the year? The only thing that could hold it back is if there are production shortages. Who knows, maybe the industries that make black and white polished plastic will go under.

At the end of the day, we got what we wanted from the new iPhone: access to the faster 3G network, GPS capabilities, native 3rd party applications and a killer price point. The stuff we didn’t get: a better camera, cut & paste functionality and maybe video capabilities. These are either negligible or perhaps even fixable via a software update.

My only real concern is that it remains to be seen if Apple’s Push Notification Service as a replacement for applications running in the background will be a good one.

In terms of the other announcements at the event, it was pretty much on par with most modest predictions. It’s easy to forget sometimes that this event is first and foremost for developers after all. It wasn’t very likely that we would see some kind of new Mac Tablet computer or some sexy new Apple TV update.

It would have been nice to see a bit more about OS X Snow Leopard — or okay, anything about OS X Snow Leopard. (Apple demoed it to developers after lunch, but not to most of the press.) But one reason they probably didn’t is because it won’t be all that different from OS X Leopard and the crowd would have inevitably been unimpressed. It’s also a year away from release.

MobileMe looks good, but I’m still not sure about paying $99 to get some service that Google and others offer online for free. If the syncing is as seamless as they make it seem, I’m probably in; otherwise I’m content to let others use this just as I was with .Mac. 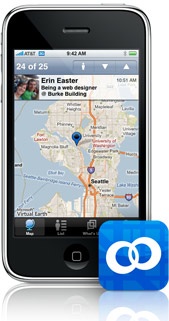 A lot of the 3rd party applications look very nice, but I think this is an area that will only get better with time. The ones that particularly excite me are the games and the location-based apps (Loopt was the one that was shown). I really believe this iPhone 3G with its combo of the Wi-Fi/Cell triangulation and now with GPS will lead to an explosion of location-based applications that are actually useful. Social networks like Whrrl (and I’m sure eventually Facebook and the others) and local review sites like Yelp, will be just a few game changing uses.

I cannot wait for a location-aware version of Twitter — but I’m sure Twitter will make me wait.

In terms of the enterprise announcements, I’m happy for all of my business friends who wanted an iPhone but company policy wouldn’t allow them to get one. Overall though, this simply doesn’t apply to me so I have a hard time getting excited about it.

In conclusion, I’m very pleased with what we saw today from Apple. Hell, it could have had Randy Newman singing/rambling for the entire event (as it seemed like he did at MacWorld) and as long as the iPhone 3G was announced, and that it was going on sale for $199, I would have been happy.

Like many others, my disappointment is in the month-long wait ahead — but I knew that was coming. It will give me time to figure out what I’m going to do with my current iPhone. I already have one offer on the table, but the new $199 price point isn’t giving me much bargaining power.

It’s going to be a cold, dark, lonely and slow month on the EDGE network.