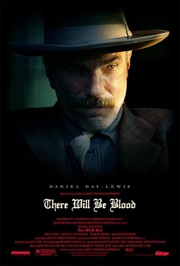 The Mac mini is easily the most neglected system in Apple’s entire line of computers. It hasn’t seen an update of any kind since 2007, and unlike other Apple products, it’s looked almost exactly the same since its inception in 2005. These factors, alongside talk of dwindling supplies, have led some to speculate about the death of the device. But more recently, rumors surfaced of a product refresh. While that won’t happen before 2009, it will happen.

A Mac Mini customer who was concerned about the future of the product line apparently sent an email to Apple’s Mac hardware engineering chief Bob Mansfield. Though Mansfield didn’t respond, an Apple representative did, the customer told AppleInsider. The customer reports:

“I got a prompt reply by phone from an Apple executive care person essentially giving me no new information but assuring me that Apple knew the mini was a popular machine and to be patient.”

So there you have it. No details about how the machine will be updated, no details on the date at which that will occur, but an assurance from an Apple representative that the product isn’t dying.

AppleInsider thinks a new version of the system could cater to the server and storage markets as customers have been using them for those purposes. Personally, I’d love to see a Mac mini/Apple TV hybrid — basically, the ultimate living room machine.