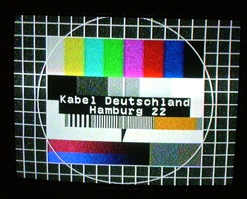 This is our first step in testing mobile advertising for YouTube — it will give you a new way to interact with content on the go, while allowing us to learn how video viewers engage with mobile advertising. Our test advertisers will also have an additional branding tool at their disposal and the opportunity to reach the millions of people who visit YouTube every day on their phones.

At YouTube, we are constantly testing new ways to deliver the kinds of ads that contribute to the user experience while making the most sense for advertisers, and we’ve learned a lot about what works for YouTube and what doesn’t.

Of course, this kind of post is hardly surprising. Much has been made about Google’s inability to monetize YouTube. While many think this is a huge issue for the company, Google chief executive Eric Schmidt didn’t seem overly concerned in an interview last week with Jim Cramer on CNBC:

“It doesn’t hit our bottom line big time right now, but eventually we’d like to make some money out of it. But even if we don’t, even if eventually it’s a loss-leader, let me tell you that the fact that so many people come to YouTube means they ultimately go to Google and do Google searches and click on ads.”

These ads will only run initially on the mobile YouTube site for U.S. and Japanese users. Poor Japan, they get all the advertising tests. Twitter is also running advertisements on the Japanese version of its site.