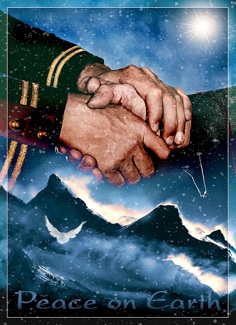 Google and Microsoft are perhaps the Internet’s two most fierce rivals. But that doesn’t mean they can’t work together from time to time. That’s what they’re doing to make it possible for consumers to take advantage of the TV white space spectrum, according to the Google Public Policy Blog.

The white space spectrum, sometimes simply known as the “white space,” refers to unused radio frequencies in between the ones that broadcast television signals. These high-bandwidth spaces will provide robust wireless communications for consumer electronics. The topic has been of much interest in recent months as the government gets ready to transition the nation from analog to digital television signals, which means large areas of the spectrum between 50MHz and 700MHz will now be freed up. The Federal Communications Commission voted unanimously back in November to open the spectrum up.

But in order to use the white space, there must be a working white space database that electronic devices will use to determine available signals in any particular area. And so Google and Microsoft are teaming up along with Comsearch, Dell, HP, Motorola, and Neustar to form the White Space Database Group.

The group plans to push for “data formats and protocols that are open and non-proprietary, with database administration that is also open and non-exclusive,” according to Google.

Most importantly, with the formation of the group, Google hopes the white space will be ready to use in a matter of months, not years.