With so many citizens finding ways around his censorship of Twitter and YouTube, Turkey’s prime minister Recep Tayyip Erdoğan may not have succeeded in silencing Western online media — but he may well kill off Turkish digital startups’ own chances of success.

Freedom of speech, a free merit-based market economy, an independent law system, and innovation go hand-in-hand. By definition, startups exist to change the status quo. When those who cling to that status quo forbid change, it threatens to have a chilling effect on digital development.

The Prime Minister’s actions betray the progress that has been made in the last couple of years. Things had been looking promising for the digital economy here. Turkish politicians declared support for innovative companies, giving some of the world’s most generous grants to startups and giving angel investors an up to 70 percent tax reduction off seed investments.

The ongoing economic crisis in the U.S. and Europe focused investor attention in our direction for once. Even the U.S. government itself has boosted our economy by investing billions into emerging economies like Turkey’s. Fertile, growing economies like these are the best conditions for startup creation — and Turkish GDP has boomed in the last decade.

During that time, personal spending power has rocketed from $3,500 per person to $10,000. The consumer internet has blossomed in lock-step: Turks spend more time online than anyone in Europe except Britons, according to ComScore.

But American money stopped flowing last year, when the Federal Reserve tapered its global stimuli, and the economy has been shaking. At precisely the moment Turkey must stand on its own feet to support and create innovative companies, our prime minister has pushed the ‘self-destruct’ button.

The Prime Minister’s actions may seem to have little practical effect for those of us brushing off his clampdown with workarounds like VPNs and SMS tweets. But the very real threat is in the message his digital censorship sends to the rest of the world. Consider the fact that the Turkish government controls the majority of the printed media — digital media was the only space where people could voice their opinions openly.

These controls are hurting right at the time when Western companies are starting to take a keen interest in Turkey. Apple just opened a store in Istanbul, and Western investors are looking at Turkish companies with increasing interest. Earlier this year, the successful Startupbootcamp accelerator program established a base in Istanbul to help cultivate the growing Turkish ecosystem, by connecting startups with top-level mentors and advisors.

There are clearly opportunities for the likes of Apple and Startupbootcamp to enter the Turkish market, but these could well be short-lived in the current climate. After all, which businesses would want to do business in a country living under the uncertainty of frequent authoritarian censorship, and not a meritocratic economy? I am already hearing rumours of some foreign companies planning to move back out of Turkey as a result of recent developments. This travesty simply sends entirely the wrong message to the world – and it risks hurting the country financially.

Turkish startups excel in mobile, Internet services, and gaming, but I worry that all three opportunities will diminish as a result of censorship. If Facebook is next on the Prime Minister’s hit-list, will Turkish social game makers like Peak Games lose their income overnight?

Istanbul’s mobile payment vendor Pozitron just became one of Turkey’s most celebrated outfits, selling to the UK’s Monetise for $100 million in a move designed to springboard the British company from Europe into the Middle East.

The Pozitron story is an emblem of what Turkish digital economy can become. We are all pulling in the same direction, toward the next six-figure deal. But all this is threatened by a prime minister who is losing touch with the world’s reality.

Erdoğan’s actions as prime minister are strangely out of touch with those of his president Abdullah Gul, who toured Silicon Valley’s giants like Twitter and Microsoft in 2012, tweeting: “Here is where technology that changes our lives is born.” It was Gul who hosted Apple CEO Tim Cook in brokering the Apple Store deal and a purported $4 billion contract to issue iPads to schoolchildren. And it is he who went on tweeting in defiance of the prime minister’s Twitter shutdown.

Our community’s message to the Turkish government is clear: Let startups flourish and to ensure western companies continue investing. Take your hands off our Internet! 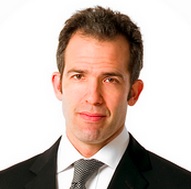 Dogan Taskent is a partner at corporate finance consultancy Arkan & Ergin and a Startupbootcamp Istanbul mentor. At Arkan & Ergin he has been working in telecommunications, renewable energy, and the startup ecosystem as a company restructuring advisor in Turkey. Since 2012, he has been the Chairman of the Swiss Chamber of Commerce in Turkey and Vice President of the Turkish-Swiss Business Council of DEIK (Foreign Economic Relations Board). He is also on the Advisory Board of Endeavor Turkey.