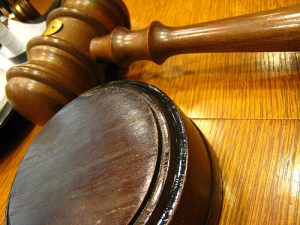 Does posting thousands of threatening messages to Twitter targeted at single person constitute online stalking? Legally, the answer is now officially no.

Judge Roger W. Titus ruled, in the case of the U.S. versus William Lawrence Cassidy, that harassing messages posted to Twitter or blog sites are the digital equivalent of soapbox rants, and are thus protected forms of free speech.

In the now-dismissed case, the government had accused the defendant Cassidy of causing “substantial emotional distress” to Alyce Zeoli, a Buddhist leader, by mentioning her in nearly 8,000 troublesome tweets and several blog posts. One such message read, “Do the world a favor and go kill yourself. P.S. Have a nice day.”

Titus likened the tweets to bulletin boards posted on lawns during colonial times, with the logic being that these types of messages can be avoided and are not the same as a harassing phone call, letter or email directed at a person. “If one colonist wants to see what is on another’s bulletin board, he would need to walk over to his neighbor’s yard and look at what is posted, or hire someone else to do so,” he said.

“This is an area where there has been very little case law,” Eugene Volokh, a law professor at the University of California, Los Angeles, told the New York Times. “It is likely to be quite influential.”