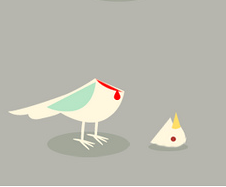 I’m sure you’re sick about hearing about Twitter downtime by now. Quite frankly I’m sick of writing about it. However, a post tonight on Twitter’s offical blog is worth writing about:

We’ve gone through our various databases, caches, web servers, daemons, and despite some increased traffic activity across the board, all systems are running nominally. The truth is we’re not sure what’s happening. (The emphasis is mine.)

Twitter was down again today. It was down yesterday, and the day before that. In fact, Twitter is down right now. A lot of my posts of late about Twitter haven’t had the most serious of tones, but it’s very clear now: Something is seriously wrong with Twitter.

It’s gutsy of the Twitter crew to flat out admit that it has no idea what is going on with its service. It’s also progress to see them admit failure. Really, it’s just good that Twitter is talking about the issues in a very open manner.

Maybe someone out there will be able to help the Twitter crew out if they can’t help themselves.