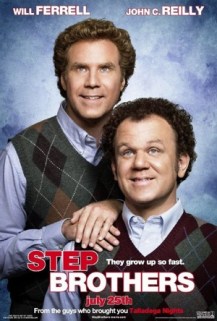 Back in November, Facebook and Twitter held serious discussions about the social network potentially buying the hot shot micro-messaging site. While BoomTown’s Kara Swisher published a lot of details about the talks, a few more have trickled out in a new BusinessWeek article with investor Peter Thiel.

Thiel broadly confirms that Facebook’s stock valuation was the main holdup. And a BusinessWeek source said to be close to Twitter confirms that while the company liked the $500 million offer, it didn’t believe the real valuation on the stock being offered actually made it worth that much. But the person goes on to say that Facebook offered Twitter $100 million in cash and the rest in stock — which Twitter agreed to on one condition: That the stock price be set at what it was going for on the open market. Facebook didn’t go for that, and negotiations ended.

But — and it’s a big but: The two sides are actually still talking, the same source tells BusinessWeek. It’s said to be nothing serious for now, but the channel is still very much open.

Still, things have changed a bit since the last serious discussions. Twitter went back to the funding well, and came up with another $35 million last month. That jacked up the site’s valuation to something in the neighborhood of $230 million. If nothing else, that means that you can officially kiss goodbye any chance of a $500 million all-stock deal at Facebook’s shaky valuation right now.

Twitter now has plenty of money to go it alone even in dry times — even if it doesn’t make any revenue for the foreseeable future (something that it is working on). Facebook also has plenty of capital and is going to keep its pedal to the metal in terms of growing and refining its product, Thiel says.

But having plenty of money and being in no rush to pull in revenue aren’t the only things the two companies have in common. Both are scaling like crazy. So they’ll probably continue along their parallel paths while keeping communications open. After all, that’s a better game plan than trying to kill one another.