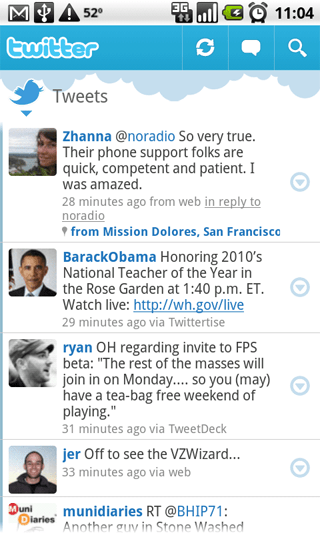 Twitter released its much anticipated Android app today, adding a third app to its growing arsenal of clients for mobile devices.

The app is Twitter’s third official mobile app, after the company released a Blackberry version and acquired the maker of a popular iPhone app Tweetie earlier this month. The moves represented a huge sea change for the company as it had stayed out of competing in the mobile market for several years.

Twitter cofounder Ev Williams said two weeks ago that an Android app was in the works on-stage at the company’s first developer conference Chirp. He said the company moved into building or acquiring mobile apps because the absence of official apps had hurt user acquisition.