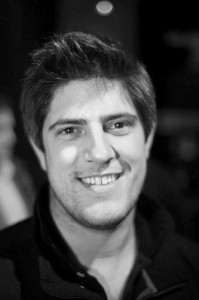 Twitter showed off new social features and said it now has 100,000 registered apps, the company’s director of platform, Ryan Sarver, said at the Chirp conference in San Francisco today. Seventy-five percent of the company’s traffic now comes through external apps.

“Twitter is the way it is because of the ecosystem,” said Sarver. “There is no way we can be successful without you guys.”

His comments come as Twitter is hoping to reassure developers rattled by the company’s recent moves, including comments from investor Fred Wilson in which he suggested some popular categories of apps were “hole fillers” duplicating features that Twitter should handle itself, and launches by Twitter of its own apps for the iPhone and BlackBerry (previously, only third-party developers had created such apps for mobile platforms).

Sarver said that the company’s system for allowing people to use their Twitter log-ins on external sites, OAuth, had been rewritten from top to bottom. The company was also retooling the way its denotes places in tweets so all applications “have the same common language” of locations.

He showed off a new feature that allows external apps to pull a feed of user activity like following and marking favorite tweets. It could allow users to see when their friends decide to follow other accounts to star comments they liked.

One project potentially useful to developers that Sarver said was set to launch is Annotations. It’s a way for developers to add any kind of additional data to a tweet. Specific kinds of metadata — a technical term for data about data –already come paired with tweets. Examples include location, and whether the tweet is a retweet or original.

The new Annotations functionality could open the door to all sorts of unexpected products and features. Or it could be a giant mess, if developers come up with useful metadata but other applications don’t know how to interpret these pieces of data.

As part of his presentation, Sarver brought CoTweet co-founder Aaron Gotwalt on-stage to talk about how he built the enterprise-focused Twitter client.

Gotwalt said the idea came to him after recognizing how much trouble different brands were having in managing their presences on Twitter. He initially launched a product called Twansmit, or “Twitter for trust agents,” which he quickly scrapped. He then changed it to CoTweet with the slogan “Twitter for business” and brought several social media advisors on board.

“Sixteen months ago I was a guy working in my parent’s house. Now we have a team of nine people. It’s interesting to go from a little idea to a really big thing,” he said.