Twitter is in the process of making its algorithmic timeline opt-out, rather than opt-in, as the social network continues its push to appeal to new users.

The move comes a little over a month after Twitter first announced the new feature, which surfaces the most interesting and popular tweets at the top of a user’s timeline, rather than showing them in reverse-chronological order as has been the case since the platform’s inception a decade ago. The new feed is basically an extension of Twitter’s existing “while you were away” feature, and is designed to make Twitter more appealing to new or infrequent users.

While an opt-in period was used to garner feedback from power users and those who care enough to activate the feature, Twitter was always clear about its intentions to make this a default setting, and today’s move should not come as a surprise. Most people who are now seeing the feature switched on will be greeted with a message like this: 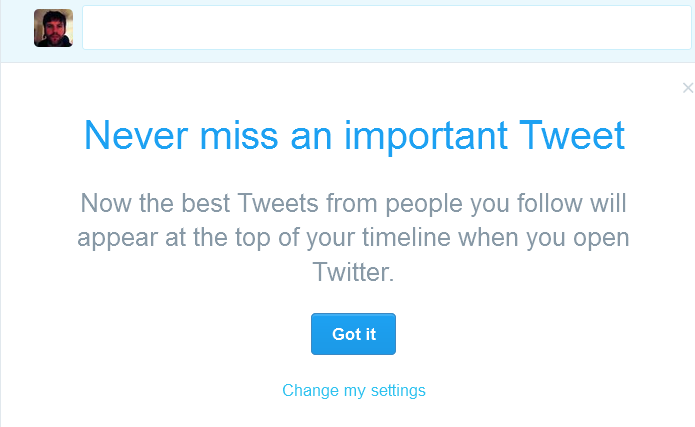 And they can tap on their settings to untick the “Show me the best Tweets first” box. 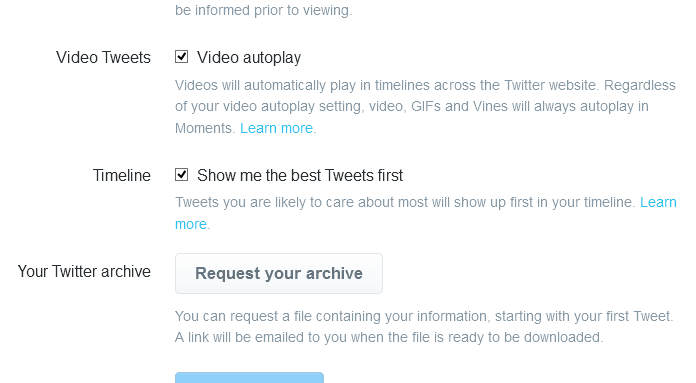 However, some reports suggest that not everyone is seeing this message, with the feature instead being turned on without any warning. A VentureBeat colleague told me that they did see the message at the top of their timeline a month or so ago, and they clicked on the “Change my Settings” link within it to ensure they were not opted in. However, as of today, the “Show me the best Tweets first” box was enabled for them, without any kind of repeat message or warning appearing in their timeline.

VentureBeat reached out to Twitter for clarification on this, and to better understand instances in which a user may not receive a pop-up message informing them that the algorithmic timeline is now on by default. We have been assured that all changes to a user’s personal setting should be accompanied by a notification in the user’s timeline.

At any rate, Twitter’s new timeline is a move toward the “Facebook way” of doing things — and Instagram will soon be following suit. One consolation in Twitter’s case is that you can still opt out — it’s clearly trying to cater to the millions of people who like things as they are while also trying to hook new users.

[Via The Next Web]