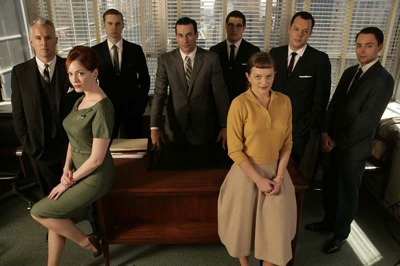 The micro-messaging service Twitter tonight suspended the accounts of users don_draper and peggyolson. If those names sound familiar, you’re probably a fan of the hit AMC show Mad Men. Those two Twitter users take their names from two of the main characters on the show, and over the past several weeks had been providing updates, mostly in character from what I could tell.

Perhaps that is what Twitter didn’t like about the accounts: They weren’t real people saying real things yet all were promoting the same thing. Under its new spam definitions, that is grounds for suspension. [Update below with the response from Twitter, it was a DMCA takedown.] But I would argue that they should definitely be allowed back. I knowingly opted to follow both, not because I thought they were real users, but because they provided for some fun in my Twitter activity stream.

Perhaps the characters were friending other users and sending out @replies (the syntax to publicly say something to another user) at too rapid of a clip. It’s also not clear if these accounts were being run as promotional tools for the AMC show, or if they were simply made by fans. I’ve contacted Twitter to get a clarification.

I’ve also let them know that they missed at least one other Mad Men character: Salvatore Romano, the art director at Sterling Cooper. Sorry for adding you to the blacklist Sal, but I’m trying to get your co-workers out of suspended account purgatory.

Update: Twitter has responded back to me on the issue. Apparently it wasn’t a spam issue, but rather a Digital Millennium Copyright Act (DMCA) takedown notice that Twitter’s support team responded to, co-founder Biz Stone tells me.

I guess AMC didn’t like others playing the roll of its Mad Men characters besides the actors who play them on TV. Expect some backlash against the network.

Update 3: In an apparent act of defiance, a new account for Peggy_Olson has been created with an underscore in her name and a profile that reads “Also known as @PeggyOlson.” One of her tweets reads:

I worked hard. I did my job. But the boys at Twitter are just as churlish as the boys at Sterling Cooper. Such a pity that they’re so petty.

[Found via a tweet from Ben Kessler photo: AMC] 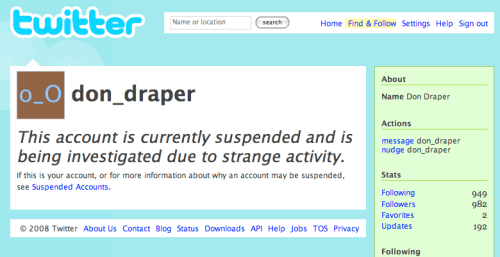 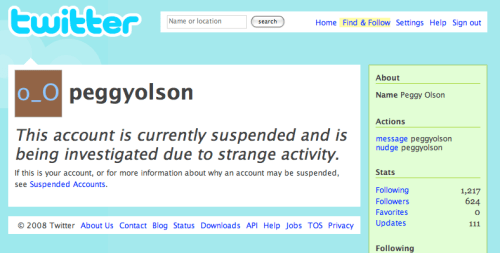 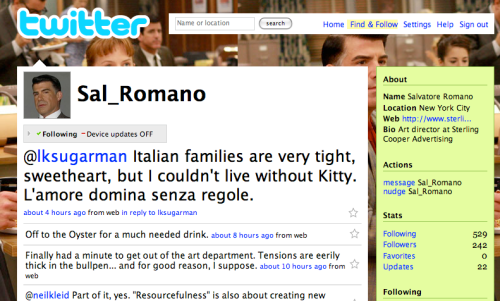