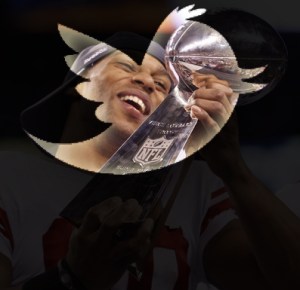 Twitter may or may not be a big hit with anime fans around the globe, but we do know that Twitter is huge in Japan — bigger than Facebook, in fact, with around 25 million Japanese users hitting the site each month.

Twitter is also getting into the Super Bowl ads game. “This year we’re introducing a Twitter twist,” the company announced on its blog.

“Immediately after the game, you can replay all of the ads that aired during the game and tweet votes for your favorites on adscrimmage.twitter.com.”

The company said it will tally the votes and announce the winners on February 12, 2011, a week after the Super Bowl.