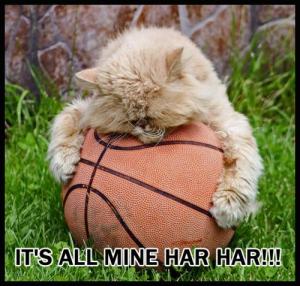 Twitter bought Atebits, the maker of a popular iPhone client for the microblogging network called Tweetie, today. The acquisition represents a big sea change in the way the company has cultivated its developer ecosystem.

For months and months, the company has kept its web site relatively spare and instead encouraged third parties to build out novel features and presences for it on other devices. The acquisition, for which terms weren’t disclosed, may stoke fears among developers that the social network is encroaching on their turf.

“People are looking for an app from Twitter, and they’re not finding one. So, they get confused and give up,” Williams said. “It’s important that we optimize for user benefit and create an awesome experience.”

The purchase caps off a tumultuous week for developers and long-time observers of the company. Twitter investor and Union Square Ventures principal Fred Wilson said last weekend that the most prominent apps built on the the company’s platform only patched up core offerings the company should have had from the very beginning. He said he hoped that developers would start building entirely new services centered around verticals like travel, health and entertainment. The post spawned a debate about whether Wilson was implying that Twitter should go out and “eat its young” by building or buying apps while pushing third-party developers out of the market. It seems Wilson’s post really did foreshadow today’s acquisition.

While Tweetie is a well-designed app and definitely fills a need that Twitter has, this acquisition could backfire. Twitter’s ecosystem is still relatively young and small — the company supports 50,000 developers, compared to Facebook’s 500,000 apps and Apple’s 185,000 apps in the iTunes store.

Now, there is always a risk when you’re building on top of someone else’s platform, that they could come and compete with you.

But both Facebook and Apple’s App Store have spawned lucrative breakouts like Zynga, Tapulous and PopCap Games. Twitter’s ecosystem has yet to produce a runaway hit in terms of profit. Yes, there are the Seesmics, Hootsuites, Brizzlys and Tweetdecks of the world, which we all know and love and have millions of users between them. But they don’t charge for their apps, and they’re not aggressive with advertising. A few third-party developers like Bit.ly and Tweetmeme are experimenting with new kinds of shareable ads or by charging companies for their very own branded URL shorteners. But, as Wilson implied, we have yet to see the Zynga or Playfish of Twitter.

For middle and lower-tier developers, the other platforms also offer well-trodden paths to profitability. (Yes, Facebook, Apple and Twitter’s platforms are not mutually exclusive.) But here’s an example. Let’s say you’re a one or two-man developer band. If you go with building Facebook apps, you have opportunities to earn money through social ads, offers and virtual goods (which, by the way, are on track to be a $1.6 billion industry in the U.S. this year). If you’re a developer for iPhone or iPad apps, you can earn a living by charging for apps, advertising, or through in-app payments, among many other revenue possibilities. But with Twitter? The company hasn’t even nailed down its own business model yet.

So there’s a big question — will new developers want to come and build on top of Twitter’s APIs knowing a) that there is no killer revenue model yet and b) there’s a very real possibility that Twitter might come their way, pick off the best of the bunch and leave the rest out in the cold?