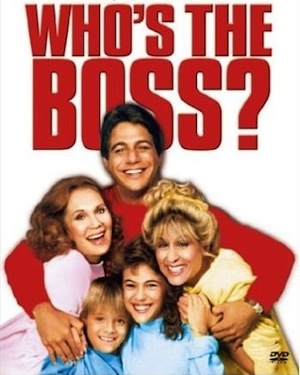 With the announcement that Twitter chief executive Ev Williams is stepping down and letting COO Dick Costolo take over the CEO role, we wondered: Who’s actually in charge of the company?

The answer might seem straightforward, since it says right there in the announcement that Costolo’s taking over. But the situation can be complicated when ex-CEOs stay on-board, especially when they’re so closely associated with the company. In Williams’ case, he said he’s leaving the CEO position so he can focus on product development. Mashable speculated that Costolo and Williams will “likely split executive duties into two parts: product and revenue.”

For what it’s worth, a Twitter spokesperson told us that Williams’ official title will be “co-founder”, and he will report to Costolo. Officially, at least, Costolo is the boss. And the structure of the company’s board of directors won’t change, since Costolo was on the board already.

If that’s not comprehensive enough for you, TechCrunch got a full management list from Twitter. There’s not much new information, but here’s how Twitter describes the roles of Costolo, Williams, and co-founder Biz Stone:

Dick is currently the CEO of Twitter. Previously, as Chief Operating Officer, he was responsible for monetization and the day to day operations of the business. Before joining Twitter, he was cofounder and CEO of FeedBurner, a digital content syndication platform that was acquired by Google in the summer of 2007.

Ev is a co-founder and board member of Twitter and, after serving as CEO for two years, he is now focusing on product design and vision.

Biz is a co-founder of Twitter and is, quite literally, the voice of the company and brand. Biz formerly worked with the Blogger team, at Google, and before that helped launch Xanga, a social blogging network.

When I asked Gartner analyst Ray Valdes for comment, he said the switch likely happened for multiple reasons:

One is the enticement of working on new strategies, now that the new Twitter redesign seems to have achieved satisfying success. Also, the need for Twittter to step up its game, in the face of increased competition in the social space (Facebook has become a giant in collision with other giants such as Google). The time has finally come for Twitter to grow up and “get a job” — in other words, monetize. Lastly, perhaps Twitter is now in the enviable position of having to respond to new offers from established Web giants, offers that have more zeroes than earlier proposals. If so, then this task is best done with Costolo in the CEO position, given that he sold his previous company to Google.