Twitter employees like working for a former comedian. It’s likely Dick Costolo’s business skills, however, rather than his sense of humor that they’re most appreciative of.

According to Glassdoor’s anonymous employer and CEO surveys, Costolo is almost universally approved.

Ninety-six percent of Twitter employees are happy with Costolo, who became CEO in 2011 after joining the company from Feedburner in 2009. That’s very comparable to Facebook, whose CEO Mark Zuckerberg has a 97 percent approval rating, and ahead of LinkedIn and Yelp, whose CEOs have a 93 percent and 88 percent rating, respectively. 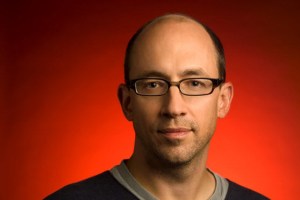 Costolo, who was an improvisational comedian early in his career, has been the chief architect of Twitter’s plan for profitability and is most responsible for bringing in the people and launching that initiatives that will bring the company’s revenue to about $500 million in 2013. He’s also the one that won a power struggle with former CEO Evan Williams.

But it’s his advertising initiatives that have made it possible for Twitter to plan its IPO, and that are likely to make the social news company worth up to $15 billion on the stock market.

Twitter’s employees are not only very happy with their chief — they’re very happy, period. According to Glassdoor, employees gave the company a 4.5 rating for job satisfaction. Again, that’s just behind Facebook, ahead of LinkedIn, and way ahead of companies like Zynga or Groupon.

“The company encourages a culture of learning and growth,” one Twitter employee enthused. “There are classes and talks almost every day on various topics and most of them are available to remote employees via video streaming.”

Of course, Twitter’s employees — at least those who have been around for while — stand to make millions when the stock goes public.

And that would make anyone happy, presumably.