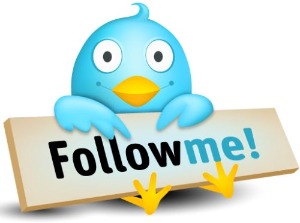 White-hot microblogging startup Twitter has tongues wagging again, as rumors continue to swirl that the startup will soon lead a new round of financing with an estimated valuation of around $3 billion.

Perhaps Twitter founder Evan Williams, who is slated to speak around 4:45 Pacific time today at the industry’s Web 2.0 Summit in San Francisco, will shed some light on the subject?

So far, Twitter raised more than $100 million in Sept 2009 when it was only valued at $1 billion, so one can likely expect any subsequent round to net them a much larger chunk of change. All told, the company has raised about $160 million since its founding in 2007 and has been growing by leaps and bounds.

The startup has nearly tripled in size since June. It has since signaled it is looking for new headquarters in San Francisco’s SOMA district but has not yet announced where its flock will eventually land.

Rumored investors in any new round of funding include early tech adopter and venture capital Russian firm DST, who has put stakes in Zynga, Groupon and Facebook.

DST’s founder, Yuri Milner, declined to discuss at yesterday’s Web 2.0 whether the firm would be funding Twitter, though he did say he had 20 or 30 large private companies that could be on his potential investment list, with a focus on social and internet companies.

Google has also been rumored to be interested in buying Twitter lock, stock and barrel for around $5 billion, though neither company would comment on that tidbit.

Still, it is clear that even without visible and vocal investors expressing interest in any offering, the appetite for Twitter shares remains keen.

Funds set up by various firms to buy stock from Twitter employees on the secondary market have recently closed sales at prices as high as $1.6 billion for bigger deals, reported TechCrunch, with smaller ones reaping even higher pricing.

New York-based Felix Investments, which was launched in 2009 by the former New York head of venture capital co-investment firm Advanced Equities, has been named as one of the funds currently following super-angel Chris Sacca in this backdoor approach to grabbing up Twitter shares. Felix currently has no affiliation with Advanced Equities.