Twitter’s Magic Recs is no more, at least in its current form. The company’s experiment to provide personalized recommendations on what you should follow is on indefinite hiatus, meaning that you will no longer receive suggestions through direct messages. 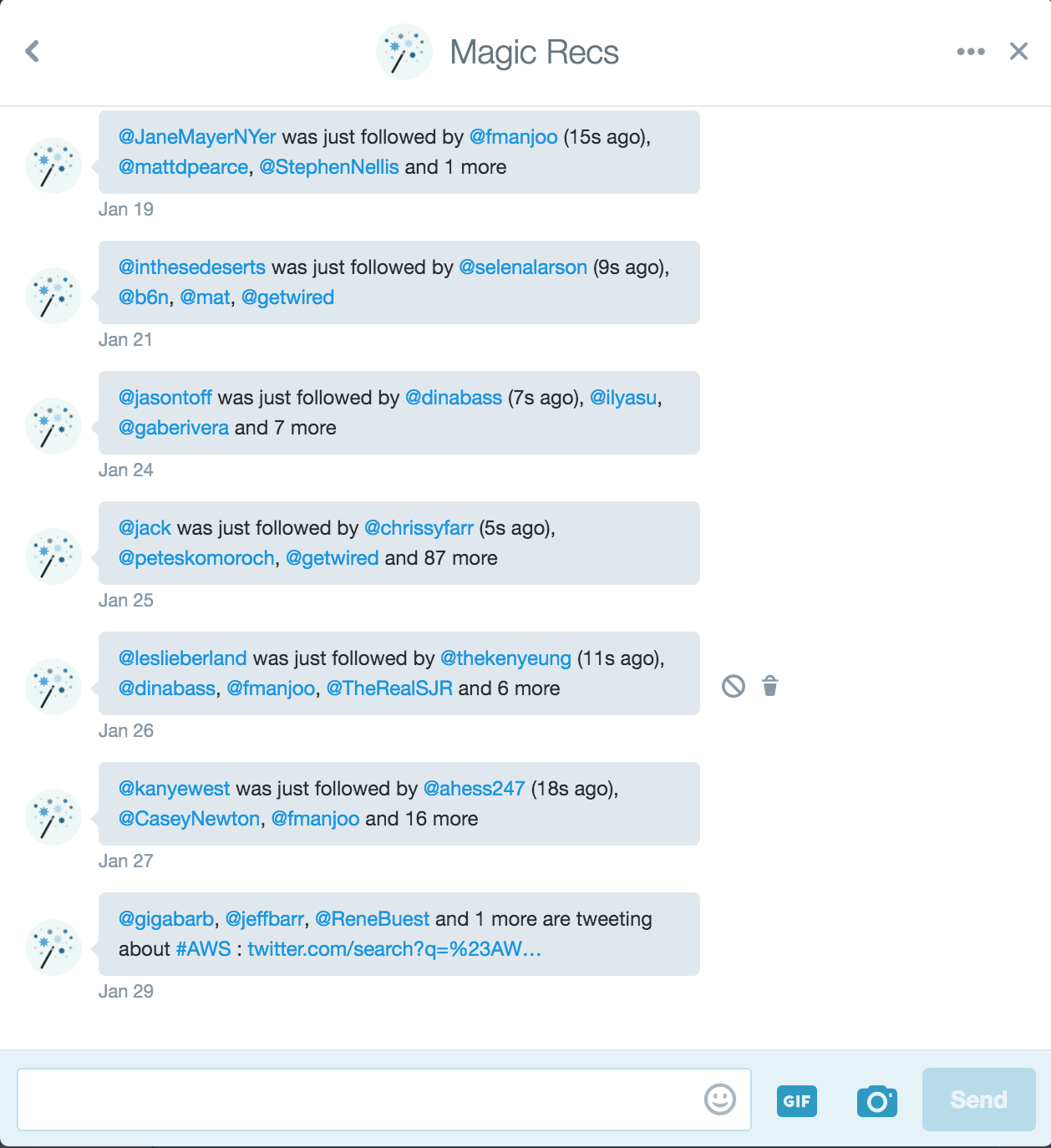 Above: What Twitter’s @MagicRecs account sends you by direct message.

Magic Recs first burst onto the scene in 2013 as an account you could follow that delivered “instant, personalized recommendations for users and content via direct message.” It was always branded as an experiment, so it should come to no surprise that the direct message part of the service has been killed. The lessons the company learned from it have likely been invested into the core service to make it better, which people are receiving through push notifications.

This shutdown comes as Twitter is slowly seeing growth among users, but it’s far from in the clear. If the company is looking to be more about live, which chief executive Jack Dorsey said it’s been doing for the past 10 years, then it needs to reinvigorate its base and offer more features to re-engage them and offer a better sense about what Twitter actually is.