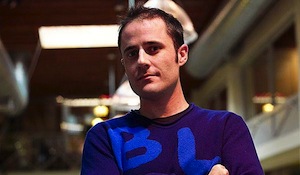 During his keynote interview at the South by Southwest Interactive conference in Austin today, Twitter chief executive Evan Williams talked about why Twitter has chosen to make itself open to search engines, third-party developers, and other services.

“Openness is basically a survival strategy,” Williams said. When you start a company, many of your assumptions are going to be completely wrong, so you need to figure out what you’re wrong about as quickly as possible. Williams said he tells new employees they should assume there are more smart people outside the company than inside (an idea he admits he borrowed from Sun co-founder Bill Joy). So if you want to find out what you’re doing wrong, you should be open to feedback from and collaboration with people outside.

Not that the Twitter team is always 100 percent in agreement on these issues. There was lots of internal debate over the company’s licensing deals to make tweets show up as real-time results in search engines like Google, Microsoft Bing, and Yahoo, Williams said. There was concern that Twitter was giving away its value, especially since it didn’t have a solid business model yet. But Williams and his team finally decided to go ahead with the deals, he said, because they went back to the company’s original principles: “How do we create as much value for our users as possible? How do we increase the value of the network? … Tapping into the reach and the technology of these partners is a way to bring more value out of tweets.”

Williams also acknowledged that openness can have its disadvantages. For example, making Twitter open to third-party applications through APIs makes it easier for people to bring spam into Twitter, which is why the company is constantly sending cease-and-desist letters to spam application makers.

“If we were infinitely open, I think it would be a disservice to our users,” Williams said.