Twitter is once again experimenting with the precious timeline. This morning I came across a cluster of five tweets on a trending topic.

The tweets appeared on an Android phone under a type of heading I hadn’t seen before — “#AusOpen is trending.” #AusOpen stands for the Australian Open, a tennis tournament currently taking place in Melbourne. But at the moment, #AusOpen doesn’t even seem to be trending globally — it appears in my automatically tailored Trends list when I’m logged into Twitter.com on desktop, but it’s missing from the more generic Trends list on Twitter.com when I’m logged out. Still, even if Twitter thinks my geography or some other factor suggests that I would be interested in #AusOpen, much less five tweets about it, I’m afraid I’m not. (I’m not the only one to see these trending tweets in the past few days; they’ve shown up for a few other users, too.)

A Twitter spokesperson confirmed that this is an ongoing experiment.

This is Twitter’s most recent episode of tinkering with the timeline — one of many parts of the product Twitter has run experiments with. Last month, Twitter was reported to be ordering tweets in the timeline in a way that was not in reverse chronological order. In 2014, Twitter was experimenting with individual recommended Tweets. In this case, the unit of experimentation is a unit of tweets. 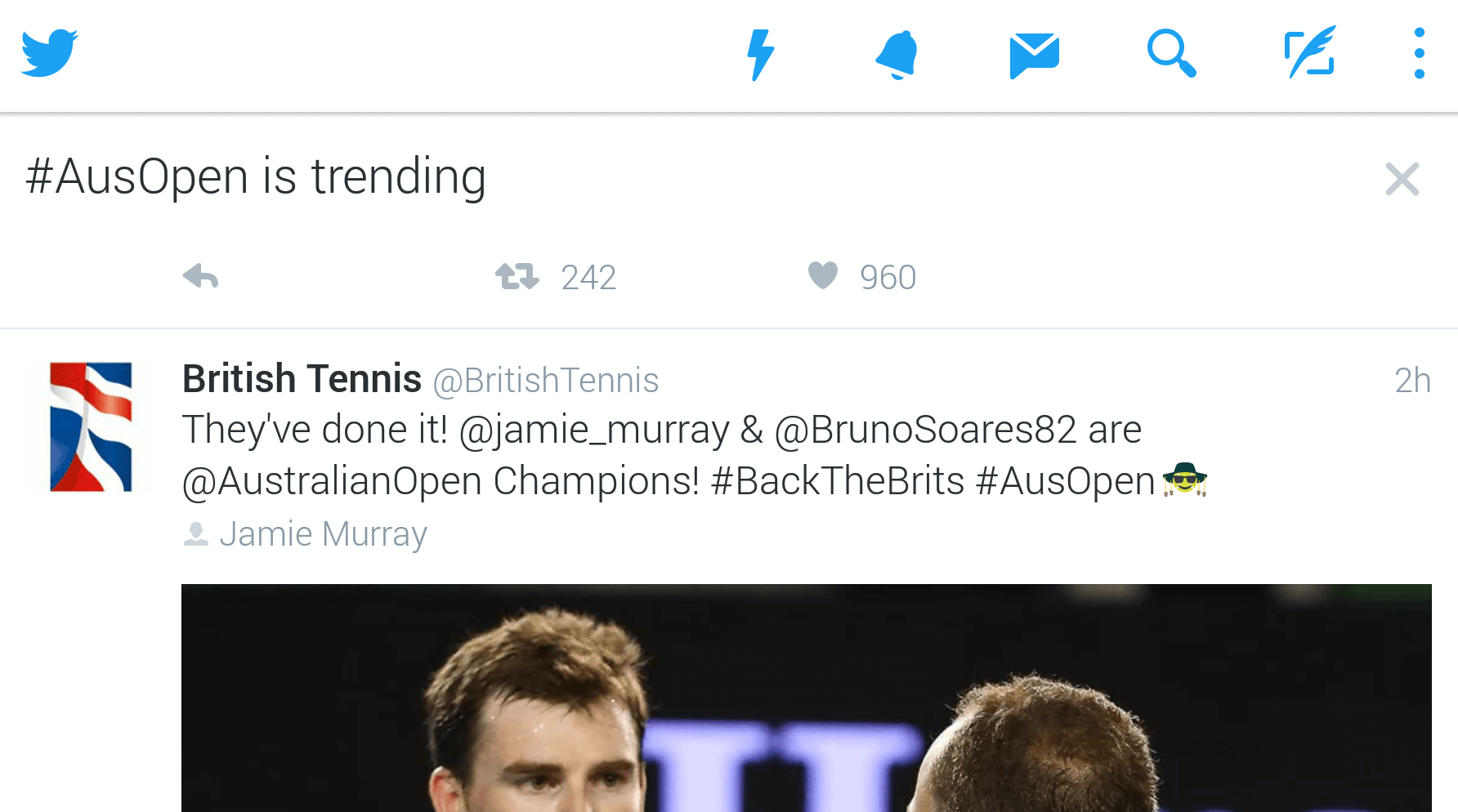 Above: Tweet 2/5 in the “#AusOpen is trending” box in my timeline. 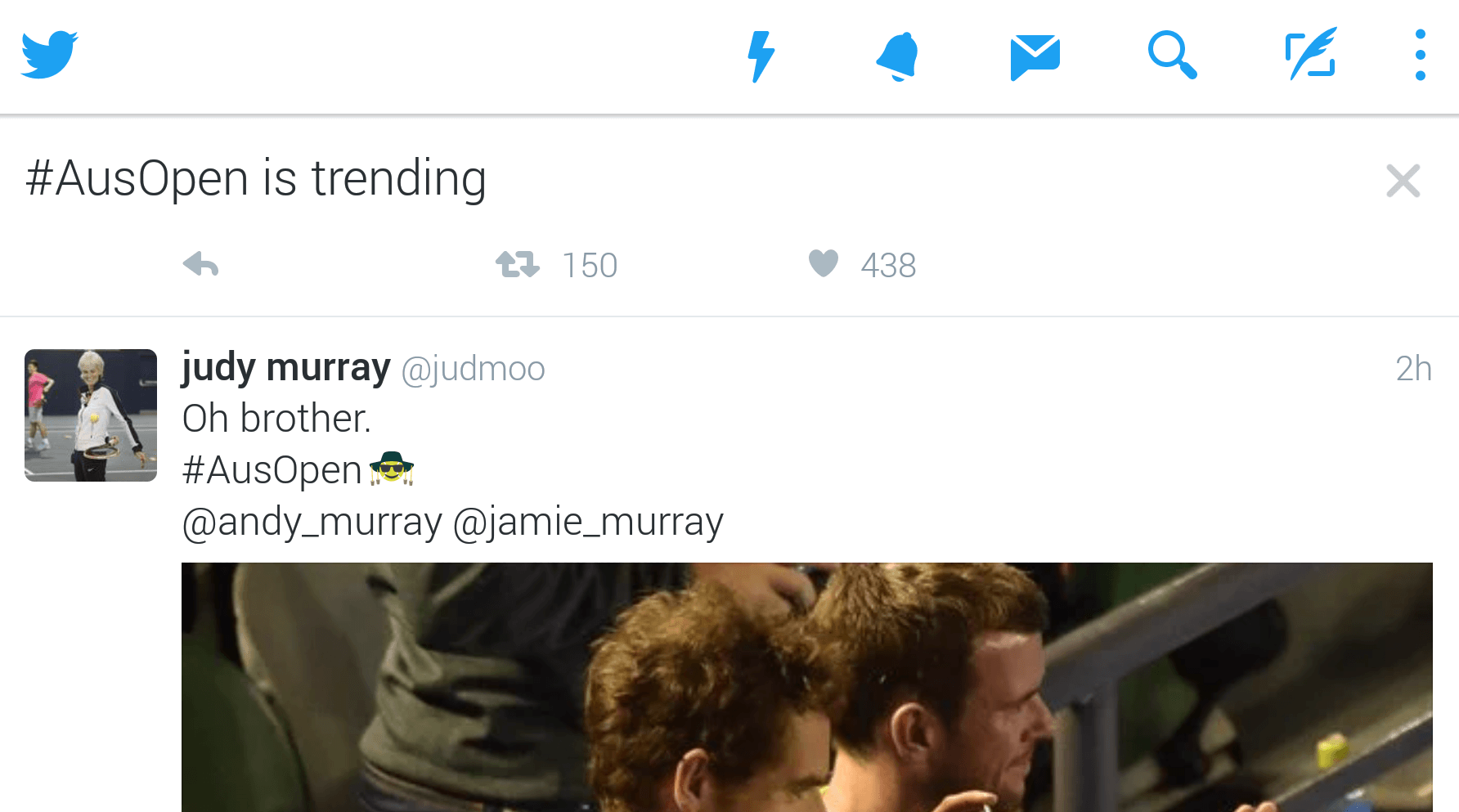 Above: Tweet 3/5 in the “#AusOpen is trending” box in my timeline. 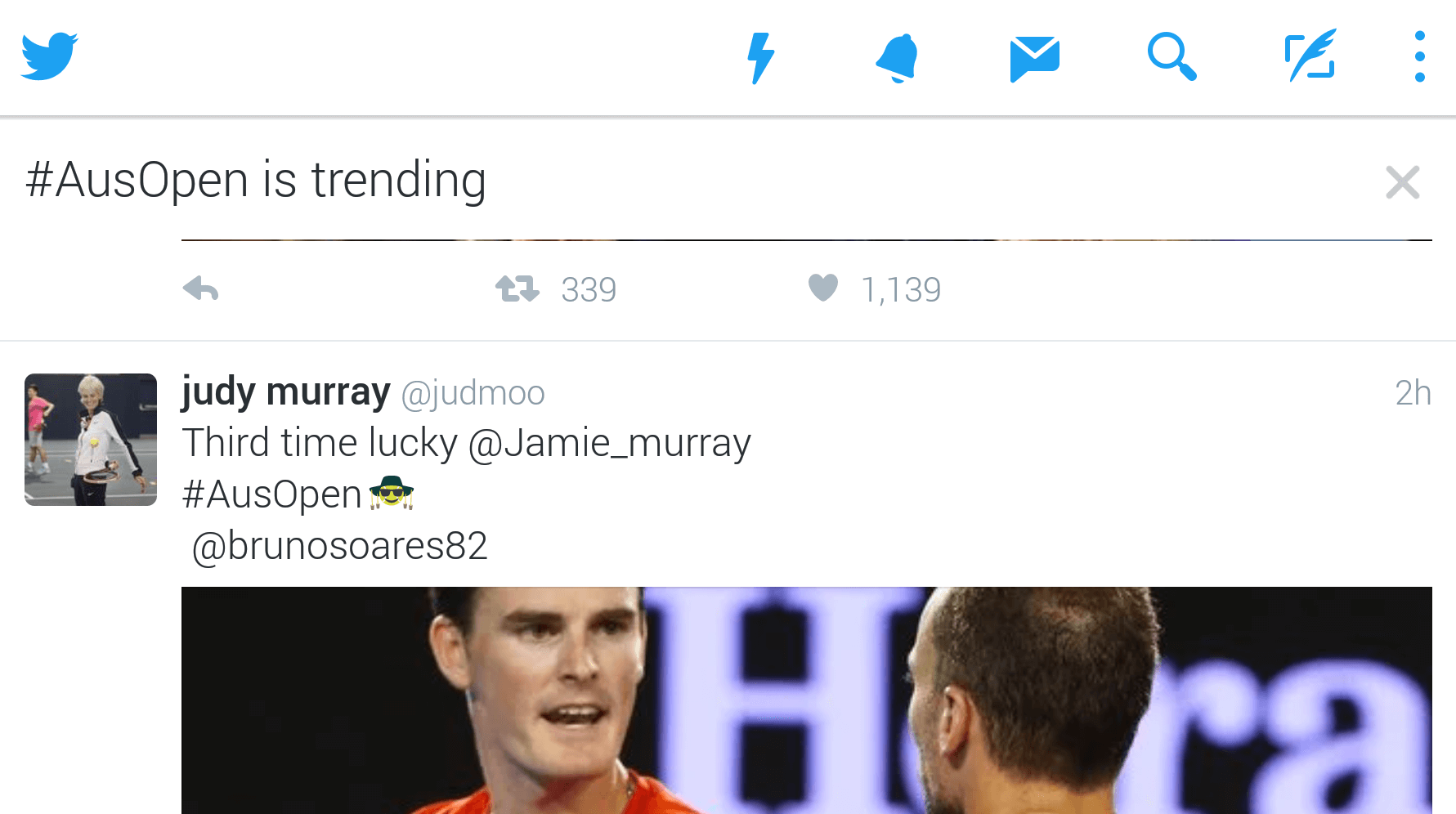 Above: Tweet 4/5 in the “#AusOpen is trending” box in my timeline. 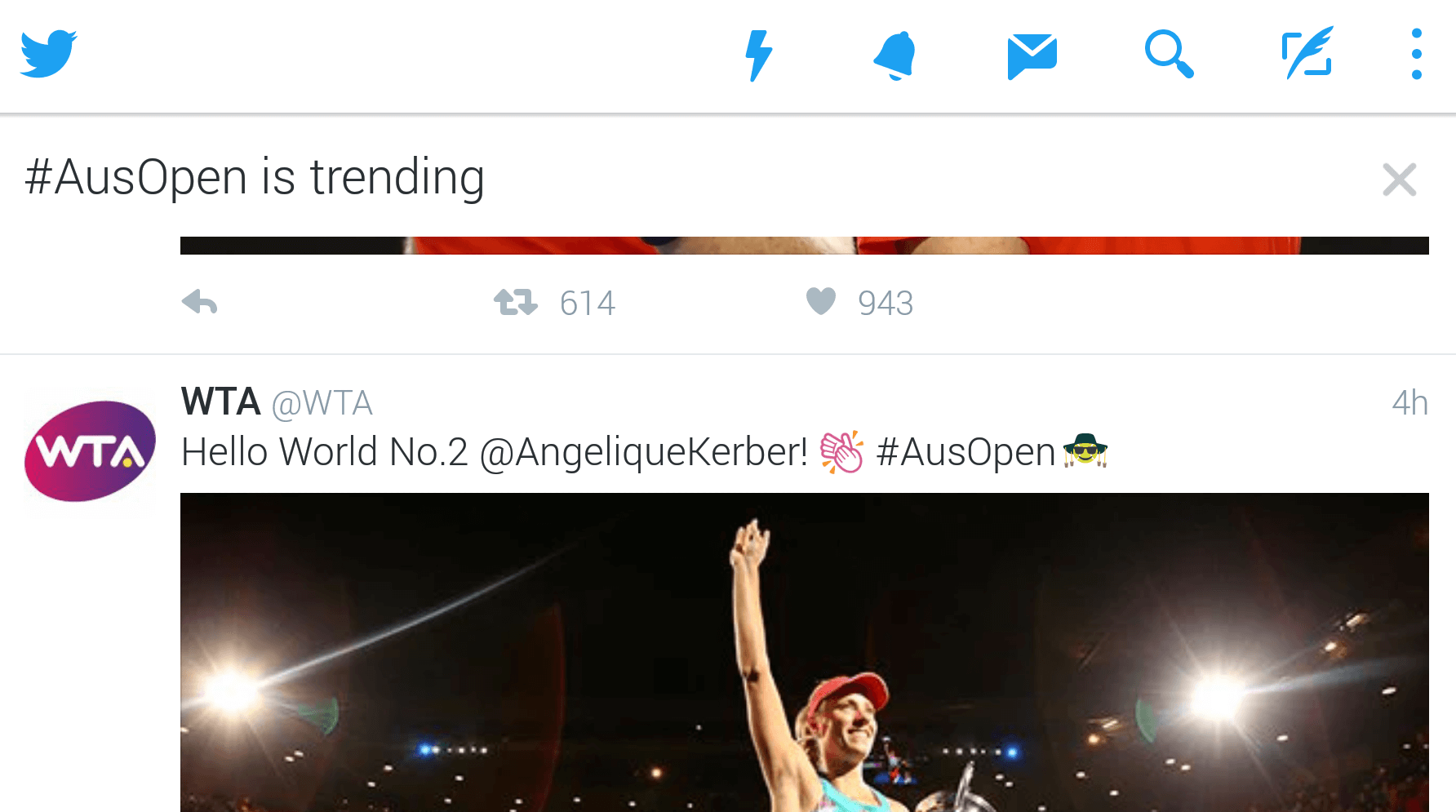 Above: Tweet 5/5 in the “#AusOpen is trending” box in my timeline.

This reminds me of Facebook, which sometimes populates the News Feed with social media content about subjects that many people are talking about. It can have the effect of bringing you out of your bubble and exposing you to other things that are going on in the world.

But like any other Twitter experiment, it’s unclear if the company will roll it out to everyone or remove it at some point.

Next to the “#AusOpen is trending” heading that I saw was an X — just as there is on Twitter’s “While you were away…” feature, which contains a few older tweets and shows up from time to time. I tapped the X and saw a dialog box. “Dismiss this?” I tapped yes. A new dialog box asked if I liked the feature. I tapped no.