It’s been in the works for several months, but Twitter has finally announced its new round of funding.

The new round was led by Bijan Sabet of Spark Capital and Jeff Bezos of Bezos Expeditions (and also chief executive of Amazon). Existing partners Union Square Ventures and Digital Garage participated as well.

Sabet has also accepted a seat on Twitter’s board of directors.

In a post on the matter, co-founder Biz Stone writes:

Twitter will become a sustainable business supported by a revenue model. However, our biggest opportunities will be worth pursuing only when we achieve our vision of Twitter as a global communication utility. To reach our goal, Twitter must be reliable and robust. Private funding gives us the runway we need to stay focused on the infrastructure that will help our business take flight. We will continue hiring systems engineers, operators, and architects, as well as consultants, scientists, and other professionals to help us realize our vision.

After months of reliability issues, Twitter’s performance has improved in recent weeks after bringing in outside help from Pivotal Labs to work on its architectural issues. It also now has a rolling shutdown system in place that will cut off certain site functionality as needed to maintain stability.

Perhaps most importantly however, Twitter is now keeping its users in the loop when problems arise on its Twitter Status Blog.

While we’ve been quick to point out the difficulties Twitter has been having, I’ve remained excited about its possibilities as a mass communication platform. We’ve seen its power in action during recent ecological disasters and even in times of personal peril, such as when an American was imprisoned in Egypt.

That individual is now trying to work with Twitter to create a Twitter emergency broadcast system of sorts. 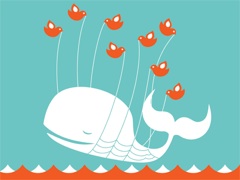 With the right pieces in place, I believe Twitter will continue its march towards the mainstream. Not that it really matters, it’s useful with or without mainstream usage. That is why I believe that the only thing that can kill Twitter, is Twitter itself. It has the right combination of users, simplicity and developers building apps on top of it, that no one is going to come along and replace it — that it unless it cannot in any way shape or form be relied upon.

It came close to that precipice, and some users left or were boycotting. But if Twitter is able to right the ship, which it appears to be doing, those users will come back — and many new ones will follow.

Terms of the round have not been disclosed yet, but we have inquiries out to all parties [updates below]. The round was previously rumored to be for $15 million.

update: Existing investor Chris Sacca tells us that Twitter has decided not to disclose the amount of this round. He assures us however that the valuation is “very strong,” and that the existing investors are happy.

update 2: We also received word from Biz Stone that the specific numbers are being kept private between Twitter and its partners.

update 3: And as if on cue, Twitter has been down on and off much of this morning, users report. I see it is down right now. Let’s chalk it up to excitement over the funding.