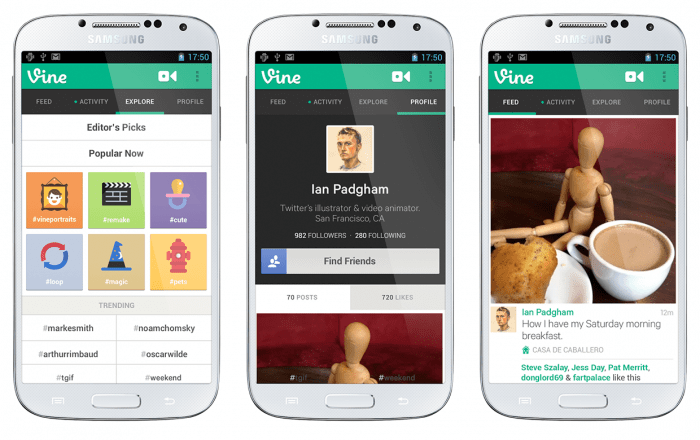 Twitter has just released a new Android app for its short video service Vine, the company announced today — much to the joy of Android users everywhere.

The new Android app comes nearly six months after Twitter released a Vine app for Apple’s iOS devices, which has proved quite popular, gaining 13 million users. The Android app itself is available for free via the Google Play app store for any device that’s running at least Android 4.0. However, the app isn’t launching with all the same features as iOS, with access to the front-facing camera, hashtags, mentioning people in posts, and other features to come in the near future.

But there is at least one unique feature on the Vine Android app that isn’t available on iOS. The company has included a “Zoom” option that presumably allows you to zoom in your camera when recording a Vine video.