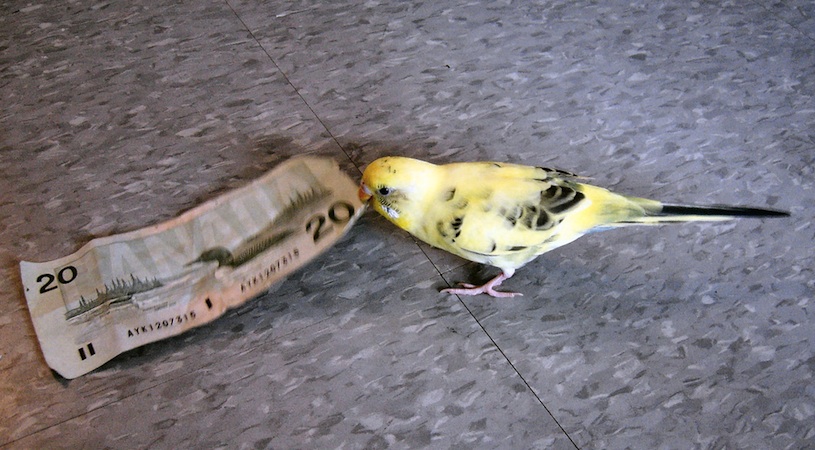 Above: Derwent Capital Markets is using Twitter to figure out where the money is going. Just like this bird

A hedge fund that analyzed tweets to figure out where to invest closed its doors last year after just one month, the Financial Times reports.

That’s not because its analysis of Twitter wasn’t working. During the one month that the $40 million Derwent Capital Markets fund was operation, it reportedly returned 1.86 percent, beating the overall market as well as the average hedge fund. The fund’s founder says that its analysis worked so well that one of the fund’s principal investors suggested making a mass-market product out of it, so as to reach a larger market instead of the handful able to invest in a hedge fund.

“As a result we made the strategic decision to close the Derwent Absolute Return fund and invest directly in developing an online trading platform,” Derwent Capital Markets founder Paul Hawtin told the Financial Times (registration required).

Derwent Capital Markets now has a one-page website that promises it will soon offer … something. With the tagline “Trading Global Sentiment,” it seems clear that the product will give customers some kind of ability to analyze social media for signals as to the market’s direction.

It’s not quite as far-fetched as it might seem. DCM’s approach is based on research done at Indiana University, published in early 2011, that found a strong correlation between sentiments expressed on Twitter and the direction of the Dow Jones Industrial Average. According to the study, “Twitter mood predicts the stock market” (PDF), Twitter sentiment correlates with the ups and downs of the next few days on the DJIA with 87 percent accuracy (registration required).

A separate study at Pace University in 2011 found that social media could predict the ups and downs of stock prices for three global brands, Starbucks, Coca-Cola, and Nike. And sentiment analysis has become an indispensible part of marketers’ toolkits, thanks to companies like Radian6 and Webtrends.