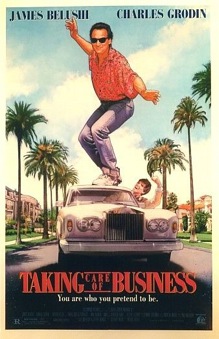 But don’t let the “mobile” in the title fool you. Thau will be working on several fronts as Twitter’s overall “business development guru”, writes co-founder Biz Stone on the Twitter blog today. His job for now will include “assessing all opportunities, picking up ongoing threads, and also actively working on our mobile business strategy,” according to Stone.

Thau comes from Buzzwire, a startup that focuses on optimizing web video content for mobile devices. Before that, he worked at Openwave, another mobile web company. Having all that mobile experience will hopefully help Twitter beef up its lackluster mobile experience (though several third-party companies have nice Twitter mobile apps, like Twitterfon for the iPhone).

Twitter is widely expected to roll out its first real monetization strategy (it makes some money thanks to SMS deals with carriers in the U.S.) this year. The thought is that it could begin charging for corporate accounts so that companies can use Twitter to spread the word about their products, and even convert some sales, like Dell is doing right now.

The service notes that it still has openings unfilled for a business product manager and director of strategic partnerships. It looks like 2009 could be all about getting down to business for Twitter.