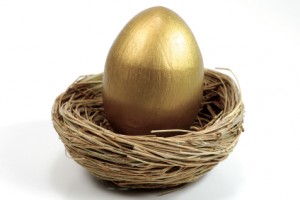 Twitter continued to tiptoe forward today with its plans to ramp up advertising on its microblogging service. It plans to eventually introduce ads into the stream of user updates, but it’s not quite there yet.

In a blog post announcing the move, the company said it has reached the third-ish step of a multi-part process. First, it introduced Promoted Tweets into the search results on Twitter.com. Then it made those ads visible to searches in applications like HootSuite. And today, it’s introducing ads directly into the stream on HootSuite. That’s where they’ll probably get the most attention, making them more valuable and potentially more intrusive than the ads in Twitter search.

Once Twitter has seen how users react on HootSuite (and later, perhaps, other apps), it will start introducing ads on the main Twitter site. For now, the company says its ad program is still very much in the testing phase:

So does that mean we’ll soon see obnoxious promotional messages popping up all over Twitter? (That’s assuming you don’t think Twitter is covered with obnoxious promotional messages already.) Not necessarily. Back in September, the company’s chief operating officer (and now CEO), Dick Costolo, explained some of the thinking behind the ad program. Promoted Tweets start out as regular tweets, and even though companies pay Twitter to promote them, the ads will only be shown if they’re interesting or useful enough to garner a certain level of user engagement.

In all of our advertising products, what we’re trying to do is not say, “Here’s the content, here’s the ads.” What we’re trying to say [is], “This is organic content that people like. How can we take this thing that’s organic and enhance a company’s ability to communicate with their customers?”

Prior to Twitter’s announcement, AdAge published a story reporting that the company was about to launch in-stream ads, starting with HootSUite.