[Update: Twitter is back up. For now, the company is only saying, “Twitter’s DNS records were temporarily compromised tonight but have now been fixed.”]

Twitter is down right now (it’s 10:45 p.m. Pacific Time as I hit publish), and it may not be the standard technical hiccup that the site experiences once in a while.

When I try to connect to the site, I get an error message from my browser (not the infamous fail whale), but TechCrunch says it has received several tips stating that around 10 p.m. Pacific Time, the site was hacked and defaced with a message from a group identifying itself as the “Iranian Cyber Army.” The group may be using a DNS redirect to accomplish this.

I’ve pasted the image below. I’ve also emailed Twitter to see if the company can shed any light on what’s going on. Twitter has had a number of issues with security before, but apparently it’s not just Twitter tonight — the image is showing up on other sites, like mowjcamp.org too.

Some covering the story say it is likely that Twitter has been so compromised, that account passwords might have been hacked as well. TechCrunch has included an advisory that Twitter users should change their other passwords if they use the same one for multiple services. 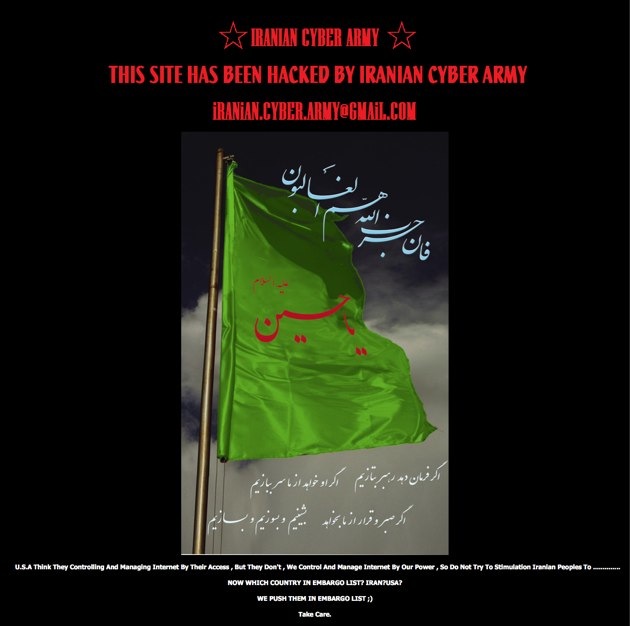