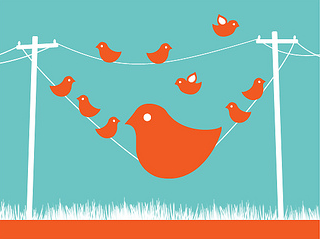 As regular readers know, I hate SMS (text messaging). It’s not the idea or technology that I hate, it’s just the ridiculous costs associated with it. Why should I pay AT&T $15 a month for unlimited text messages (tiny amounts of data) when I already pay $30 a month for “unlimited” data?

So in some ways I’m happy that more people’s hatred for the service will grow today with the news that Twitter is ending outbound SMS updates in Canada.

The quiet killing of this feature (made on the Twitter Status blog rather than the main Twitter blog), is due to “unexpected changes in our [Twitter’s] billing,” according to the post. The arrangement Twitter had negotiated with Canadian mobile carriers to send Twitter updates via text (which Twitter was subsidizing) has apparently seen costs double multiple times over the past several months.

To be clear, while sending Twitter updates via the Canadian shortcode (21212) will still work, receiving any Twitter updates will no longer be an option. This renders the service almost useless.

Canada is not the first to see Twitter SMS updates get the axe. In fact, it was one of only three where the service actually still worked when the company last announced it had to kill SMS in some countries back in August. Now the U.S. and India remain as the only countries with full SMS support for Twitter.

It seemed like those countries, along with Canada may have been safe because of established relationships with carriers — but that is clearly not the case. So you have to wonder, how long until the service is cut in the U.S. and India?

I don’t blame Twitter here, I blame the operators and their greed when it comes to SMS. It’s almost 2009 and we’re still paying upwards of 20 cents to send 160 characters (or ridiculous monthly rates). It’s nearly a $100 billion industry, with profit margins near 90 percent. It’s a scam.