Twitter today launched its app on Windows 10 Mobile. The company has effectively updated its universal Windows app to support not just desktops and tablets, but phones as well. You can download the new app now from the Windows Store.

A handful of devices have already shipped with Windows 10 Mobile (the Lumia 950, 950 XL, 650, 550, Xiaomi Mi4, and Alcatel OneTouch Fierce XL). For existing Windows Phone devices, Microsoft officially plans to roll out Windows 10 Mobile in Q1 2016 — the internal target has shifted multiple times, with the latest one being March 17.

In other words, the timing is no coincidence. Twitter for Windows 10 Mobile has arrived just a day before the operating system’s broader launch. 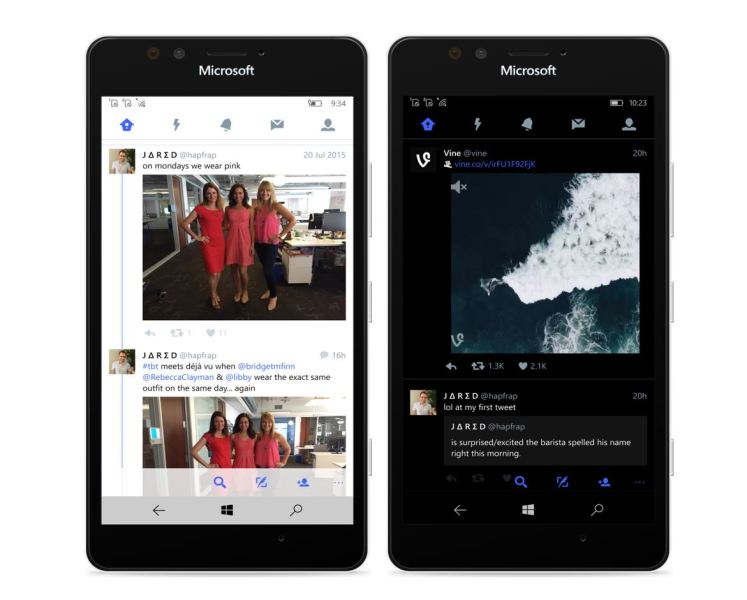 This isn’t a lazy release. Twitter for Windows 10 Mobile includes many of the newer features the social network has recently implemented: Moments, group Direct Messages, camera support (shoot, edit, and tweet videos), and quote tweet. You can even check out top tweets, search, check out profiles, and peruse Moments without logging in.

Twitter for Windows Phone included a dark theme, which the company says was popular and has thus been included in the updated Windows app — it is available on desktops and tablets as well, not just phones. You can change your theme by going to Settings > Personalization.

Because Twitter leverages the universal Windows platform (UWP), this is a single app that changes based on your device and screen size. “When bringing the app to mobile phones we carefully considered each section of Twitter and how the user interaction translates from desktops and tablets,” Twitter product designer Angela Lam explained. “We found that 90 percent of the UI and interaction models could be shared from these devices to mobile phones, but there were places where we decided to make adjustments to optimize for each.”

Here is the Twitter app showing Moments on the desktop: 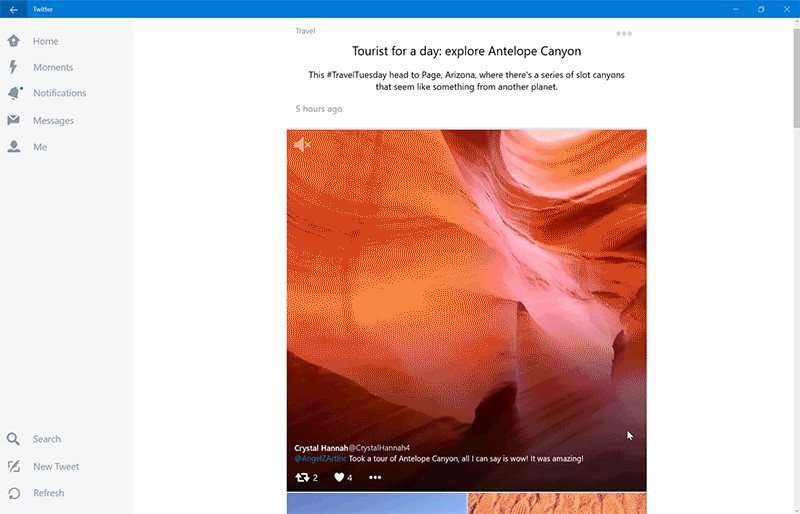 And here is the same Twitter app showing Moments on the phone: 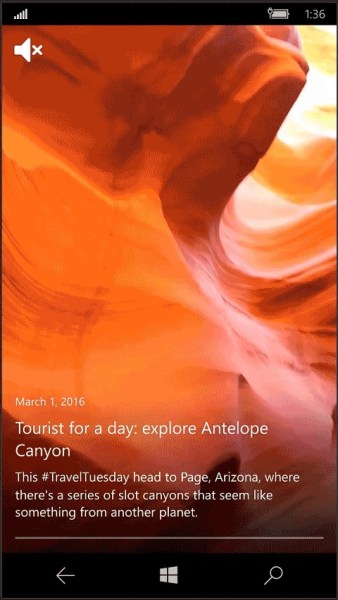 On larger screens, the information is in a grid layout that is easier to use with a mouse. On smaller screens, it’s a full-screen experience that works best for touch navigation.

This is a great example of Microsoft’s universal app strategy. But still, it’s just one major app. While Twitter is a big get for Windows 10 Mobile, it’s not going to tip the scales.