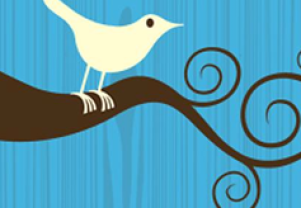 Twitter is readying a free real-time analytics dashboard to help users make sense of their tweets, according to the company’s business development executive Ross Hoffman.

Speaking to attendees of the Sports Marketing 2.0 Summit yesterday, Hoffman at first said that sports leagues, teams, and players would have access to the analytics tool, the web analytics company WebTrends reports. He later told WebTrends’ Justin Kistner that the tool is expected to start rolling out by the end of the year. Hoffman didn’t mention the dashboard’s availability for non-sports industry users, but we can assume that it will be available for all users.

The tool will use algorithms similar to Twitter’s “resonance” concept — which the company is using to determine the usefulness of promoted tweets — and will be able to show users how their tweets are spreading, as well as how influential their friends are, all as it happens in real-time. It’s being developed by the team behind Trendly, which Twitter acquired in June.

Analytics was one of many potential business models Twitter has been eying, so I’m surprised the company is prepared to offer it for free. In 2009, Twitter-cofounder Biz Stone said the company was in the first phase of rolling out commercial accounts with detailed analytics. “We want to build statistics or analytics that let users know — ‘How am I doing on Twitter?’” he said at the time.

There’s still the potential for Twitter to offer even more detailed analytics for commercial accounts at a price. But now that the tool will be freely available for all users, there’s less reason for businesses to pony up for it.