Twitter wants to make it easier for you to explore links featured in tweets displayed in any of its Moments. The company has added capabilities to allow you to instantly load up articles, blog posts, videos, etc. that a featured tweet links to — then come right back to the Moment. 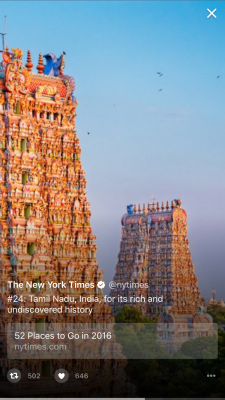 This works hand in hand with AMP, or Accelerated Mobile Pages, which help publishers create mobile-optimized content that loads up instantly on your mobile device. Twitter previously added support for embedding tweets and Vines off of its desktop service, but now it has made this support available within the company’s iOS and Android apps.

What this means is when you view a Moment and come across an article link, Twitter will automatically display the AMP version of the story if the publisher created one. Previously, when you viewed a Moment, the only option to click through resulted in showing the original tweet and then the linked material. The incorporation of AMP streamlines this process.

But Twitter isn’t the only one with this technology. Google also offers it; Facebook has its own version, Instant Articles. Publishers using AMP include ABC News, Hearst, Time Inc., The Huffington Post, The New York Times, Wall Street Journal, MSNBC, CNN, SB Nation, France 24, Conde Nast, The Independent, Spiegel Online, and others.

Moments first launched in October as a feature to curate all the best tweets around major events. Whether it’s Scott Kelly’s return from a year-long trip into outer space, Super Bowl 50, or the current presidential campaigns going on in the United States, Moments gives you a snapshot summary.

Twitter used Moments to try to convince not only current users, but also potential new ones about the value of the service, even launching the company’s first television commercial during the World Series. But the company’s user numbers haven’t increased, even remaining stagnant in Q4 2015 at 320 million monthly active users.